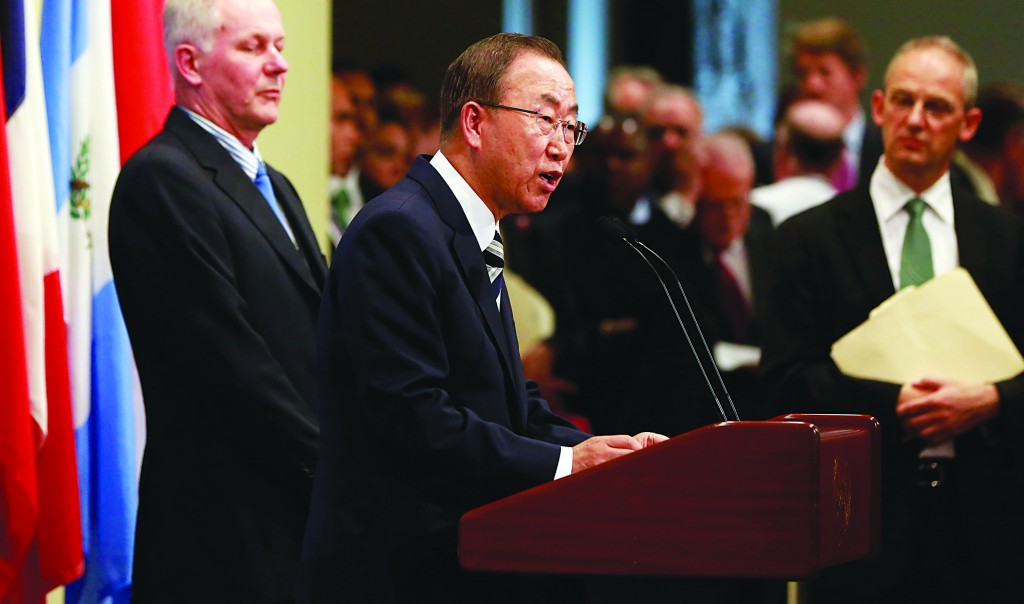 U.N. inspectors said Monday there is “clear and convincing evidence” that chemical weapons were used on a relatively large scale in an attack last month in Syria that killed hundreds of people.

The findings represent the first official confirmation by scientific experts that chemical weapons were used in Syria’s civil war, but the report left the key question of who launched the attack unanswered.

The rebels and their U.S. and Western supporters have said the regime of President Bashar Assad was behind the Aug. 21 attack, while the Syrian government and its closest ally, Russia, insist that the rebels were at fault.

U.S., British and French diplomats said the findings of the U.N. inspectors supported their conclusion that the Assad regime was to blame. Russia disagreed.

Secretary of State John Kerry briefed U.S. allies on a broad agreement reached over the weekend with Russia to end Syria’s chemical weapons program, pressing for broad support for the plan that averted U.S. military strikes. Kerry met in Paris with his counterparts from France, Britain, Turkey and Saudi Arabia before seeking a U.N. resolution that would detail how the international community can secure and destroy Syria’s stockpile and precursor chemicals.

And in Geneva, the chairman of a U.N. war crimes panel said it is investigating 14 suspected chemical attacks in Syria, dramatically escalating the stakes. Paulo Sergio Pinheiro said the panel had not pinpointed the chemical used or who is responsible.

Secretary-General Ban Ki-moon presented the U.N. inspectors’ report to a closed meeting of the U.N. Security Council before its release.

“This is a war crime and a grave violation of … international law,” Ban told the council in remarks distributed to the press. “The results are overwhelming and indisputable. The facts speak for themselves. … The international community has a responsibility to hold the perpetrators accountable and to ensure that chemical weapons never re-emerge as an instrument of warfare.”