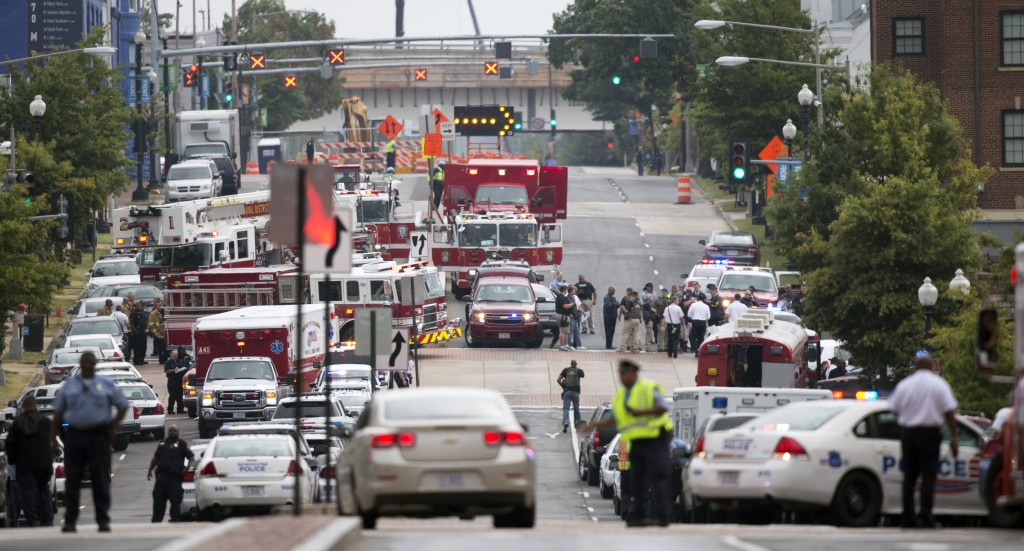 A Defense Department official says several people have been killed and as many as 10 have been wounded in a shooting at the Washington Navy Yard.

The official spoke on condition of anonymity Monday because the official was not authorized to discuss the matter publicly.

The official also says the shooter is “contained” but not yet in custody.

Earlier in the day, the U.S. Navy said it was searching for an active shooter at the Naval Sea Systems Command headquarters, where about 3,000 people work.

The exact number of people killed and the conditions of those wounded was not immediately known.

Naval Sea Systems Command is the largest of the Navy’s five system commands and accounts for a quarter of the Navy’s entire budget. It builds, buys and maintains the Navy’s ships and submarines and their combat systems.