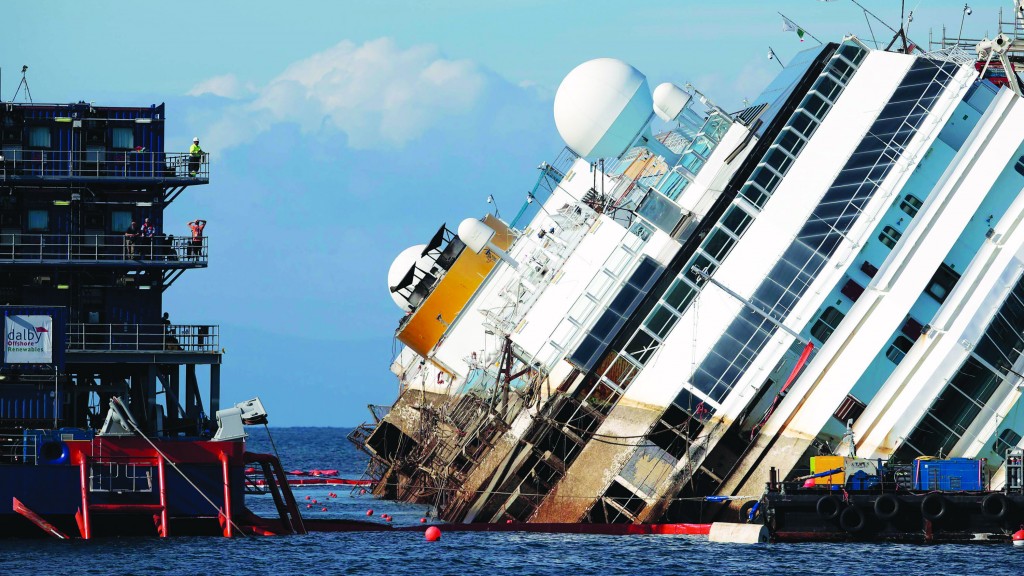 Using a vast system of steel cables and pulleys, maritime engineers on Monday winched the massive hull of the Costa Concordia off the Italian reef the cruise ship had struck in January 2012.

Salvage workers struggled to overcome obstacle after obstacle as they slowly inched toward their goal of raising the crippled ship 65 degrees to the upright position.

32 people died on Jan. 13, 2012, when the Concordia slammed into a reef and toppled half-submerged on its side after coming too close to Giglio Island. The reef sliced a 70-meter-long gash into what is now the exposed side off the hull, letting seawater rush in.

Once the ship is upright, engineers hope to attach an equal number of tanks filled with water on the other side to balance the ship, anchor it and stabilize it during the winter months. The flat-keeled hull itself will be resting on a false seabed constructed some 30 meters underwater.