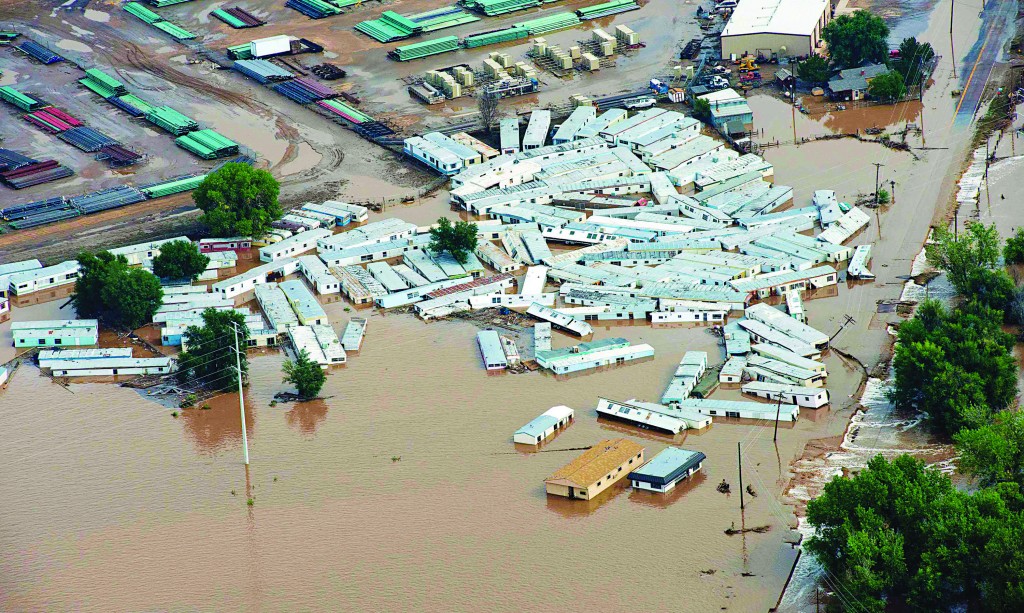 Weary Colorado evacuees have begun returning home after days of rain and flooding, but Monday’s clearing skies and receding waters revealed only more heartbreak: toppled houses, upended vehicles and a stinking layer of muck covering everything.

Rescuers grounded by weekend rains took advantage of the break in the weather to resume searches for people still stranded, with 21 helicopters fanning out over the mountainsides and the plains to drop supplies and airlift those who need help.

Residents of Hygiene returned to their small community east of the foothills to find mud blanketing roads, garages, even the tops of fence posts. The raging St. Vrain River they fled three days earlier had left trucks in ditches and carried items as far as 2 miles downstream.

Residents immediately set to sweeping, shoveling and rinsing, but the task of rebuilding seemed overwhelming to some.

In the mountain towns, major roads were washed away or covered by mud and rock slides. Hamlets like Glen Haven were reduced to debris and key infrastructure like gas lines and sewers systems were destroyed.

Hundreds of homes around Estes Park, next to Rocky Mountain National Park, could be unreachable and uninhabitable for up to a year, town administrator Frank Lancaster said.

Most of the town’s trailer parks were completely destroyed.

State emergency officials offered a first glimpse at the scope of the damage, with counties reporting about 19,000 homes either damaged or destroyed.

Those preliminary figures are certain to change as the waters continue to recede and roads are cleared to allow crews to access more areas.

Searchers in the air and on the ground scoured isolated areas from the foothills east to homes and communities along waterways downstream.

The number of missing people was difficult to pinpoint, with sometimes conflicting numbers released by state and county officials. At least hundreds were unaccounted for, but he overall number was expected to drop with rescuers reaching more people and phone service being restored.