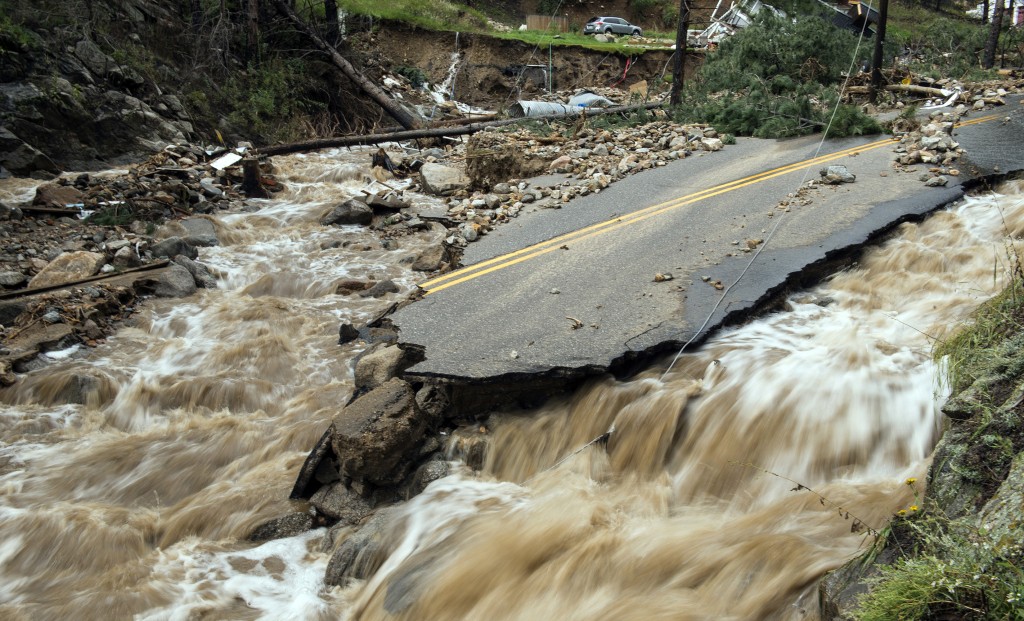 The search for people stranded from the Rocky Mountain foothills to the plains of northeastern Colorado grew more difficult Sunday, with a new wave of rain threatening to hamper airlifts from the flooded areas still out of reach.

Numerous pockets of individuals remain cut off from help even with more than 1,750 people already rescued from communities and individual homes flooded by rivers and streams overflowing from unrelenting rain last week, officials said.

Twenty military helicopters planned to expand the search from Boulder County east to Fort Morgan, but the window of opportunity was closing with clouds rolling in and up 2 to inches of rain expected to fall.

“It will affect our air operations if it keeps raining,” Colorado National Guard Lt. James Goff said Sunday. “We’ll look at ground operations of any other courses of action.”

The additional rain falling on ground that has been saturated by water since Wednesday created the risk of more flash flooding and mud slides, according to the National Weather Service.

An 80-year-old woman in Larimer County’s Cedar Cove was missing and presumed dead after her home was washed away by the flooding Big Thompson River, officials said Sunday.

“When local people came to help get her out of the home, it was gone,” he said.

That is the same area where a 60-year-old woman is presumed dead after the river destroyed her home the same night.

The number of confirmed flood fatalities stood at four but was expected to rise. Hundreds of people remained unaccounted for though most are likely just stranded, officials said.

There were some reports of progress. Road repair was underway in the areas of Glen Haven and Estes Park, the gateway community for Rocky Mountain National Park, Schulz said.

Cellphone service also was being restored in Estes Park, providing a vital communications that could reduce the number of people who were unaccounted for, he said.

The river was expected to flood until at least Tuesday, and Crone worried the new rain could send another surge of water down the river, Crone said.

“We lost every bridge crossing east to west and we are cut in half,” he said.

The last two days have seen dramatic rescues of trapped residents as helicopters hoisted them and their pets above the floodwaters. Some have refused to go, choosing instead to stay with their homes and property.

Boulder County Sheriff Joe Pelle said those people would not be forced to leave, but they have been warned that rescuers will not return for those who choose to stay.

Rescue crews in Larimer County planned a ground push Sunday to reach residents in Rist Canyon west of Fort Collins, Schulz said. An unknown number of people there have been receiving food and water drops.

“We’re sending crews up there as far as we can,” Schulz said. “This is a very mountainous area.”

President Barack Obama signed a disaster declaration and ordered federal aid for Colorado. The White House said in a statement Saturday night that the action makes federal funding available to affected individuals in Boulder County. The government said that other counties could be added later.