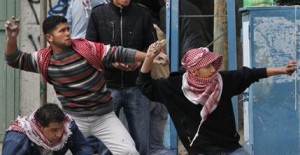 It has been many months since any graves were destroyed on Har Hazeisim, primarily due to the 142 surveillance cameras and a police substation that have been on the ancient Jewish beis hachaim for more than 18 months. Only a year ago dozens of graves were routinely vandalized — some repeatedly, even after repairs were made. The effort to secure Har Hazeisim has been led by the three-year-old International Committee for the Preservation of Har Hazeisim (ICPHH), founded by Avrohom Lubinsky of Brooklyn. It is a broad-based coalition that includes representatives of some of the major Orthodox groups as well as Malcolm Hoenlein, the executive vice chairman of the Conference of Presidents of Major American Jewish Organizations.

The efforts to secure and preserve Har Hazeisim continue, according to Mr. Lubinsky. To begin with, the government is refurbishing many of the graves destroyed prior to 1967, primarily by the Jordanians during their occupation of the area (1948-1967) when some 60,000 graves were destroyed to build the InterContinental Hotel (now the Seven Arches Hotel) and other infrastructure projects in eastern Yerushalayim. To date 20,000 graves have been restored, or at least positioned in the areas where there are believed to be kevarim. Preparations are under way for a Phase II in the installation of cameras, including replacing some cameras with more sophisticated equipment, repositioning others in more strategic locations and adding some cameras. The ICPHH hopes that some cameras will be positioned in the Ras al Amud Square and on the Ator Road, sites of frequent rock attacks.

In recent weeks there has been an appreciable reduction in the number of rock attacks, primarily in the square. There were a few isolated minor incidents on the Ator Road. Although no cameras exist in the affected areas, the municipality has installed new lighting in the square and police were even seen giving out parking tickets to Arabs in the area, a sight local Jewish residents say has been rare.

Although the ICPHH has been bringing intense pressure to bear on the government to fulfill its promise to deploy 24 officers in the Har Hazeisim Police substation, there are no more than 15 to 16 assigned to the location, according to the Jerusalem Development Authority. Further, visitors still do not find more than one or two officers at the station at any one time, and it is still not operating 24/7. The ICPHH has launched a major campaign to lobby the government to fulfill its pledge, including organizing a petition from Rabbanim spanning the frum spectrum. “We are not lulled into the belief that the temporary quiet will be permanent, although we certainly hope so,” said Mr. Lubinsky, who recalled that similar periods of quiet existed in the past.

Some other projects that are now under way include new directional signs to Har Hazeisim on many key crossroads. New signs with an emergency phone number in case of attack will be posted in the coming weeks. Progress is also being made on new signs describing the lives of some of the most famous luminaries buried on Har Hazeisim, from the nevi’im to revered Chassidic Rebbes and Roshei Yeshivah.

Thanks to the effort of noted publicist Yanky Bichler and the leaders of the Israeli section of the ICPHH Hazeisim, Mr. Harvey Schwartz and Jeff Daube, a new Knesset lobby for Har Hazeisim is in the process of being formed. The initial group already met and mapped out a plan that would include at least one member of Knesset from each party. One of its early activities will be an extensive tour of Har Hazeisim, which is now in the planning stage. It is expected that this lobby will be the key advocate for Har Hazeisim in the Knesset and before the public. Rabbi Shmuel Rabinowitz, the Rav of the Kosel, who is also responsible for the holy places in the Old City, including Har Hazeisim, has pledged to play a more active role in promoting added security for Har Hazeisim.

Despite all of the successes, it is difficult to declare Har Hazeisim “safe” for visitors as long as the threat of rock throwing continues. Most often the rock throwers are local Arab children returning from school, or in some cases gangs of youths who pounce on a vehicle traveling in the area.

Rock throwing, it seems, is widespread throughout Yehudah and Shomron, but those apprehended are treated differently due to the status of the areas they live in. In Yerushalayim, if apprehended, the rock throwers would face a civilian court, and Israeli courts are notoriously lenient with minors. The same crimes in areas under military control are under the jurisdiction of military courts, with the possibility of “stiffer” sentences.

Most disturbing is the attitude of Israeli society toward rock throwers. None other than The New York Times recently featured a disturbing story on rock throwing. “Children have hobbies, and my hobby is throwing stones,” Muhammad explained weeks before his most recent arrest. “A day with a confrontation is better than a free day.” The Times story included the following: “Here in Beit Ommar, a village of 17,000 between Bethlehem and Hebron that is surrounded by Jewish settlements, rock throwing is a rite of passage and an honored act of defiance. The futility of stones bouncing off armored vehicles matters little: confrontation is what counts.”

The Times quotes Defense for Children International, an advocacy group that last year documented 360 cases of arrested Palestinian youths. Most confessed, and 90 percent received jail sentences in Israel’s military system, according to the report, compared with 6.5 percent of arrested Israeli children, who are prosecuted in a civil system. Even when apprehended for throwing rocks on Har Hazeisim, most are released in the recognizance of their parents, and those who do serve spend very little time in jail.

For some reason, Israelis do not see rock throwing the way it is viewed in most Western countries. Rocks can kill, as was the case with 25-year-old Asher Palmer and his infant son Yonatan, who were killed two years ago after Palestinian youths threw rocks at their car, causing it to overturn on a highway near Kiryat Arba.

None other than the late mayor of New York Edward I. Koch was a victim of a rock attack. Mr. Koch wrote the Times protesting Thomas Friedman’s call for nonviolent protests by Palestinians: “I was attacked by ‘nonviolent’ Arab rock throwers while touring the old Jewish Quarter of Jerusalem in 1991. I needed nine stitches but was fortunate to have suffered only relatively minor injuries. If my attackers’ aim had been a little sharper, I could have lost an eye, or worse. Many Israelis as well as foreign tourists have been badly injured, sometimes permanently maimed, in such ‘nonviolent’ assaults. Israelis have even been murdered by rock throwing. Last September, Asher Palmer, 25, and his infant son, Yonatan, were killed when ‘nonviolent’ rocks were thrown at their car, causing a fatal crash. We may disagree on borders, settlements, refugees or other contentious Arab-Israeli issues. But can’t we all agree that in the English language, the terms ‘nonviolent’ and ‘rock throwing’ are mutually exclusive?”

More than a year ago, two New York congressmen, Elliot Engel and Jerrold Nadler, were attacked with rocks when they were in the Ras al Amud Square. They were accompanied by Mr. Hoenlein, this writer and Mr. Avrohom Lubinsky.

Mr. Lubinsky says that the ICPHH has repeatedly lobbied the Knesset to pass legislation mandating stiff sentences for minors apprehended for rock throwing. “No society would tolerate this ‘hobby’ of throwing rocks at mourners and visitors,” he says. “In fact, many states in this country mandate stiff penalties for crimes committed in and near cemeteries.”

But for some reason, there is no sense of urgency in Israel to deal with rock throwers. While Prime Minister Binyamin Netanyahu complained about Palestinian incitement prior to entering into the recent peace talks with the Palestinians, he did not make the cessation of rock throwing a precondition for resuming peace talks.

Even as most Israelis acknowledge that Har Hazeisim is the second-holiest site in Yerushalayim and certainly want to see more Jewish tourism, they have yet to come to grips with the fact that unless they deal with the rock throwing, security for Har Hazeisim will always be tenuous.

The good news is that the large numbers of visitors to Har Hazeisim these holy days will find the area safer and cleaner (due to more frequent cleanups). The challenge for the committee will be to keep up the momentum and secure the holy beis hachaim once and for all so that large numbers of Jews can daven by the graves of the many tzaddikim who are buried there.

As this article was being prepared, there were reports of a number of rock attacks near Har Hazeisim, primarily on the Ator Road leading to the historic beis hachaim.

Several cars were attacked on Monday, Sept. 9. At least two vehicles had their windows shattered. A bus with 54 passengers from Ashkelon who were heading to daven on Har Hazeisim was also attacked, shattering one of the bus windows and lightly wounding a young girl. Israel Police spokesman Micky Rosenfeld said the attack was one of “several stone-throwing incidents” in the area on Monday.

“This period of quiet followed by a day of attacks has become routine,” said Avrohom Lubinsky, chairman of the International Committee for the Preservation of Har Hazeisim. “Unfortunately, until the police presence in the area is significantly beefed up, this spate of violence will continue.”

Mr. Lubinsky said that while we have come a long way in securing Har Hazeisim, “we will not rest until ultimate security is assured for every Jewish visitor.”

This article appeared in print on page 20 of the September 16th, 2013 edition of Hamodia.