National As Health Care Law Rolls Out, Its Effects Will Depend on Your State
National 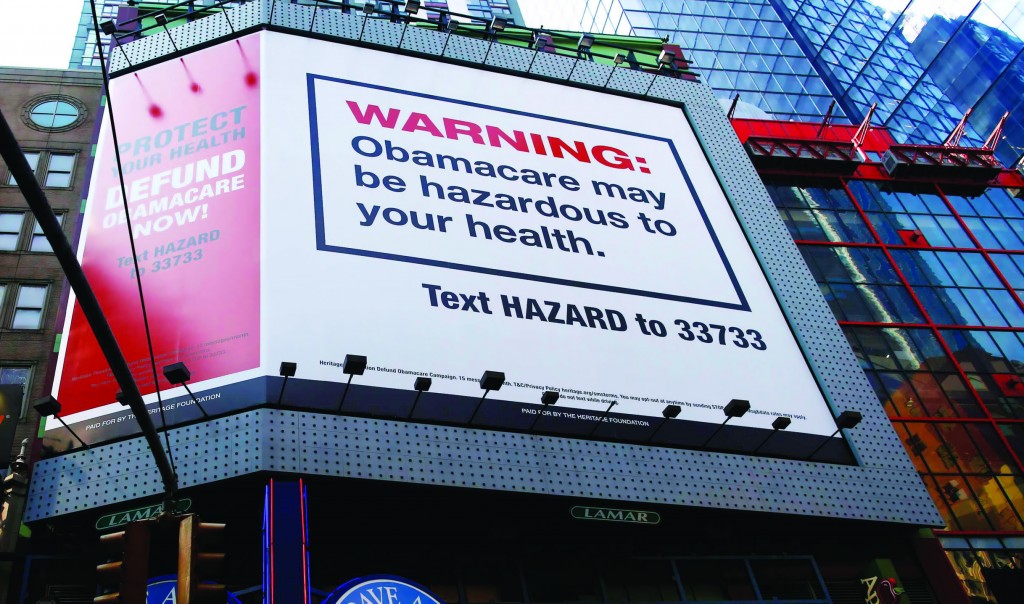 Colorado residents shopping for health insurance next year will be able to compare health plans using a star system that ranks insurance companies on quality.

In Oregon and Maryland, consumers will save as much as 30 percent on some plans after state regulators forced insurers to lower 2014 premiums. Californians will get extra help selecting a health plan next year from a small army of community workers paid in part by foundations and the state.

As President Barack Obama’s health-care law rolls out next month, even supporters acknowledge there will be problems. But Americans who live in states backing the Affordable Care Act will receive substantial protections and assistance unavailable to residents in states still fighting the 2010 law. That could mean confusion and higher insurance premiums for millions of consumers in states resisting the law.

Leaders in these resistant states have not set up consumer hotlines. Several state insurance regulators are refusing to make sure health plans offer new protections required by the law, such as guaranteed coverage for people who are ill. In response to the law, Florida suspended its authority to review how much insurance companies charge consumers.

“I would certainly rather be in a state that is trying than in one that is not,” said Alan Weil, executive director of the National Academy for State Heath Policy. “There are going to be some big differences.”

The Affordable Care Act was supposed to smooth out disparities in insurance coverage and health care quality between states, providing all Americans with a basic level of protection.

The law will still make some benefits available everywhere. Starting next year, all insurance plans will be prohibited from rejecting consumers who are sick. Plans cannot put annual or lifetime limits on what they cover. For the first time, all plans will have to provide a standardized set of health benefits.

And millions of low- and moderate-income Americans will qualify for government subsidies to help them buy health insurance if they cannot get coverage through their employers.

The new law will not make health coverage available to all Americans, however.

About half of the states, most with Republican leadership, have rejected federal aid to expand their government Medicaid programs next year, saying it costs too much and imposes too many regulations. That means as many as 5 million of the poorest residents in these states will still not be able to get coverage next year. (Several states are still debating whether to expand Medicaid.)

At the same time, 34 states have elected not to set up new insurance marketplaces, websites where consumers who don’t get health benefits at work and don’t qualify for Medicaid can shop for standardized health insurance plans.

In those states, the Obama administration will run the marketplaces. Consumers there will still be able to shop online for insurance plans. And Obama administration officials have pledged to help shoppers. But with the federal government stretched thin, the administration had hoped states would provide consumers with an added layer of protection.

Consumers in some states with federally run marketplaces will still get help from local officials who are cooperating with the Obama administration.

In Mississippi, for example, Insurance Commissioner Mike Chaney, a Republican, is helping the federal government to make sure rural residents have access to a health plan. And in Kansas, another state with a federally run marketplace, Republican Insurance Commissioner Sandy Praeger is working with the Obama administration to make sure health plans there meet the new federal standards.

“We’re just trying to do what’s best for our consumers,” said Praeger, a former head of the National Association of Insurance Commissioners. “If state regulators are not going to do anything, then consumers will be the ones who suffer.”

Consumers won’t get the extra help in Alabama, Oklahoma, Texas or Wyoming, where insurance commissioners will not review health plans being offered on the new marketplaces to ensure they provide consumers with the required benefits and protections.

In Missouri, state workers are explicitly forbidden from providing any assistance to the new health insurance marketplace under a 2012 initiative passed by voters.

And in Florida, the Legislature and governor stripped the insurance commissioner’s authority to block rate hikes for two years. Since the new health law does not give the federal government this power, that effectively allows insurance companies to raise some premiums as much as they choose in 2014 and 2015, the first two years that Obama’s health- care law will be fully in effect.

State Sen. David Simmons, a Republican who championed the legislation, said state leaders felt they did not have the resources to review insurance premiums. “It seemed reasonable to defer to the federal government,” he said. “They are the ones who said they would be able to do it all.”

The health law made $250 million in federal grants available to states to help them bolster their ability to review proposed rate increases. Florida was one of three states that returned its grant money.

In contrast, several states backing the health law, including Colorado, Maryland, New Mexico and New York, have passed legislation in response to the federal law to give their regulators more authority to review health insurance.

Insurance regulators in states implementing the law have moved aggressively to scrutinize proposed premium increases by insurance carriers, leading in many cases to lower premiums.

Insurers selling plans next year in Portland, Ore., for example, were forced by state regulators to reduce their rates by nearly 10 percent on average. Three of the 12 insurance companies in that market had to lower their rates more than 20 percent compared with what they requested.

In addition to potentially paying more, consumers in states resisting the law will also get less help shopping for insurance.

Maryland, which is enthusiastically implementing the law, just opened a call center to help consumers with questions. It is also hiring more than 300 people to educate residents and help them enroll in health coverage.

California, which has received nearly $1 billion from the federal government to set up its insurance marketplace and hopes to enroll 5 million residents, is opening three customer service centers that will employ 1,200 people.

Even some small communities are taking steps to assist residents. In far northern Minnesota, another state that has moved aggressively to implement the law, largely rural St. Louis County has hired a dozen new workers to help an estimated 11,000 uninsured residents enroll.

Obama administration officials say new federal call centers will provide assistance to consumers in states that are not implementing the law. But they acknowledge the job will be difficult, especially in states with large numbers of uninsured residents, such as Texas, where more than 6 million people lack coverage.

In contrast to St. Louis County, Minn., the state of Texas cut employees who could have educated residents about the new law, according to the state Department of Insurance.