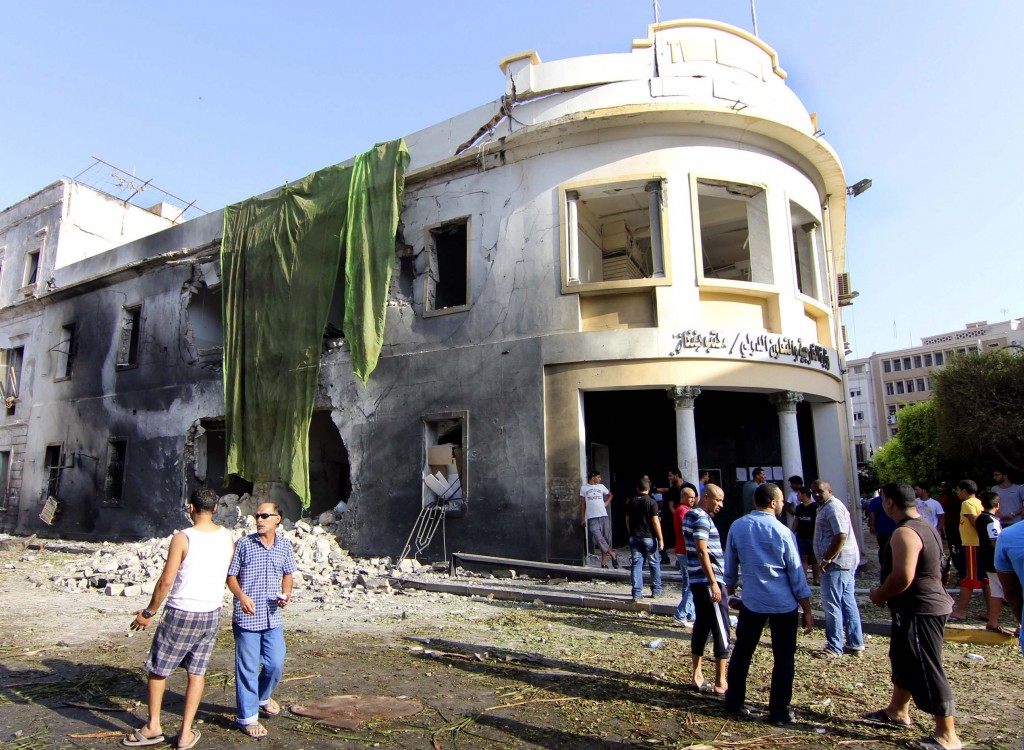 A car bomb damaged a Libyan foreign ministry building in Benghazi on Wednesday, the first anniversary of the attack on the U.S. consulate in the country’s second largest city.

Two years after the revolt that toppled Muammar Gaddafi, Libya is riven along regional and tribal lines and dogged by armed violence, leaving the central government struggling to curb the clout of rival militias and radical Islamists.

Local security officials said a car packed with explosives was left beside the ministry building where it detonated at dawn, badly damaging it and several other buildings in the center of Benghazi. There were no reports of casualties.

A few hours before the Benghazi explosion, security forces defused a large bomb placed near the foreign ministry headquarters in the eastern Zawyat al Dahmani district of the
capital Tripoli, the government said.

“Libyans cannot ignore the timing of this explosion. It’s a clear message by the forces of terror that they do not want the state or the army to stand on its feet,” Prime Minister Ali Zeidan told reporters.

Zeidan did not directly blame any group for the attack, but alluded to Islamist terrorists blamed for a spate of recent car bombs targeting security and army officers.

Zeidan later said his government was accelerating a program to train 19,000 police officers and thousands of army recruits who would be sent for training inside and outside the country.

The government has allocated billions of dollars in its budget to bolster its armed forces, but progress has been slow in integrating unruly militia into a unified force.

As well as militia violence, Zeidan’s central government has also struggled to end strikes by oil workers and armed guards at oil installations that have paralyzed the North African state’s crude oil production.

A year ago, four Americans including the U.S. ambassador to Libya were killed in an attack on the Benghazi consulate.

Washington initially said the assault had grown out of anti-Western protests. But it later turned out Islamist terrorists were the perpetrators, marking the 11th anniversary of al-Qaida’s September 11, 2001 attacks on the United States.