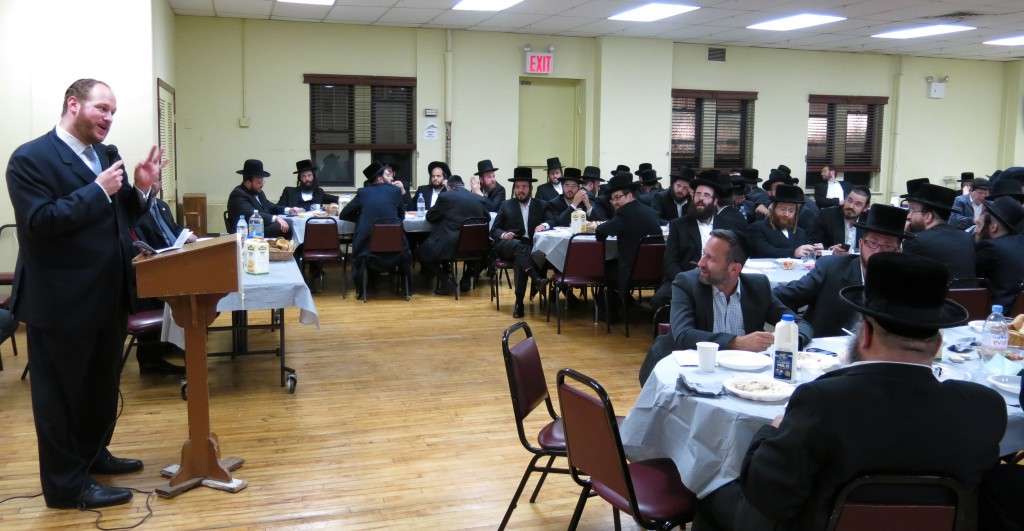 The event’s main speaker, Charlie Harary, focused on what made the greatest leader the Jewish people ever had, Moshe Rabbeinu, so unique. He explained that Hashem saw in Moshe his concern for every person and even for a single sheep from his herd.

Harary then drew a comparison between Moshe Rabbeinu’s legacy of performing chessed for anyone in need, no matter their status, to the work the volunteers do on behalf of complete strangers, giving of their time and energy to improve the lives of others, no matter who they are or where they come from.

Following Harary’s speech, Greenfield recalled a personal incident. While an adolescent, he was recovering from a broken leg. He was sitting in a wheelchair, with an empty soda cup because he had just finished a soda. A woman dropped money into the cup, mistaking him for a person collecting tzedakah.

Recalling the embarrassment he felt at the time, Councilman Greenfield noted the importance of performing acts of chessed in a sensitive manner.

“It occurred to me, a lot of people want to do chessed and want to make a difference on behalf of their community, but don’t know how to get started … I want to thank all of you for the chessed you perform and for doing it the right way,” concluded Greenfield.