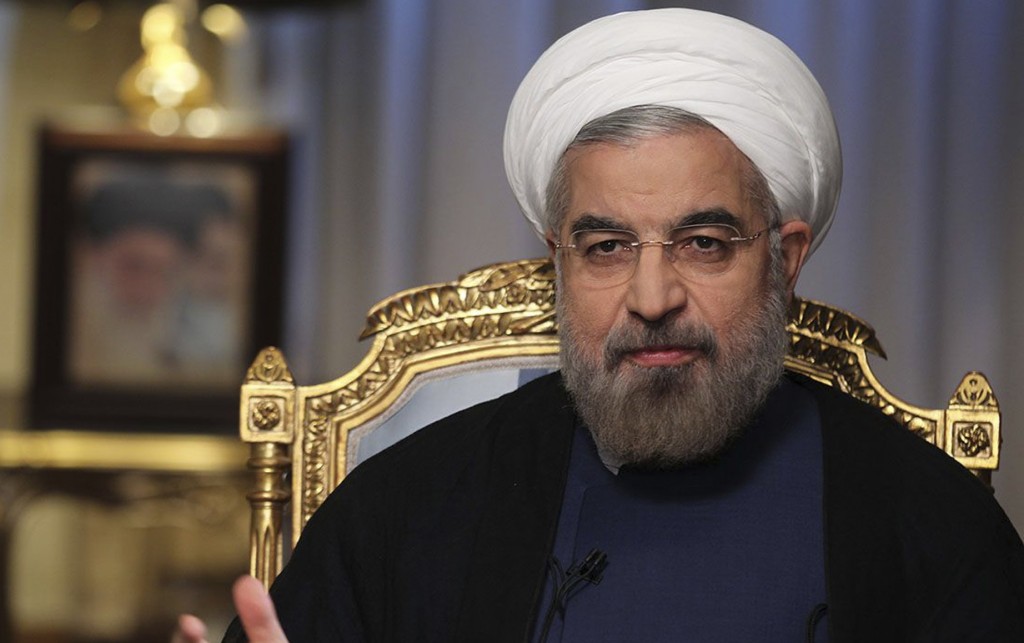 Iranian President Hassan Rouhani said on Tuesday that the time for resolving Iran’s nuclear dispute with the West was limited, and urged the world to seize the opportunity of his election.

Iran has been engaged in on-off negotiations with major world powers and the United Nations about its nuclear program for more than a decade, and has been subjected to several rounds of U.N. and Western economic sanctions.

The last round of talks with the big powers — the five permanent members of the U.N.  Security Council plus German — was held in April in Kazakhstan, before Rouhani’s election, and both sides have said they want to continue soon.

“The world must know completely that this period of time for resolving the nuclear issue will not be unlimited. We have a specified period of time,” Rouhani, a centrist cleric who took office last month, said in a live interview on state media.

Western countries in particular object to Iran’s uranium enrichment program and fear it may be developing a capacity to build nuclear weapons. Iran says the program is purely peaceful and designed to meet its energy needs.

Rouhani, who succeeded Mahmoud Ahmadinejad, a conservative known for his bellicose rhetoric on the international stage, has pledged moderation in Iran’s foreign and domestic policies and called for “constructive interaction” with the world.

He has also made a number of appointments that suggest a more pragmatic foreign and nuclear policy, while reiterating Iran’s consistent line that it has a right to enrich uranium.

Rouhani said on Tuesday he would meet with the foreign ministers from some of the six powers — Russia, China, France, Britain, the United States and Germany — when he attends the U.N. General Assembly in New York this month.

“I believe that if the opposite side has a serious will, the nuclear issue can be resolved in a not very long time,” he said.

Rouhani’s attempts to create a better atmosphere for the talks have been complicated by the war in Syria, currently absorbing most of the big powers’ diplomatic attention.

Shi’ite Muslim Iran is Syrian President Bashar al-Assad’s main ally against mostly Sunni Muslim rebels, so a mooted U.S. strike against Assad would be almost certain to spur demands for a tough anti-Western posture from the hardliners who dominate Iran’s parliament and the powerful Revolutionary Guards.

Rouhani expressed strong support for a Russian-backed plan aimed at averting a U.S. strike, under which Syria said it would hand over its chemical weapons and join a convention that prohibits their use.

“The probability that this danger (of a U.S. strike) has lessened is very great,” Rouhani said.

Rouhani and other Iranian officials have condemned the use of chemical weapons, pointing to their use against Iranian soldiers by the Iraqi army during the 1980-88 Iran-Iraq war.

“The Islamic Republic of Iran has joined this treaty, the chemical weapons ban treaty, and we believe that all countries in the region must join these requirements and this treaty,” Rouhani said.

Despite some rumors, there was no denial from Zarif and the minister went further to push back on a comment that Iran denies the Nazi Holocaust: “Iran never denied it. The man who was perceived to be denying it is now gone,” he wrote, apparently referring to Ahmadinejad.