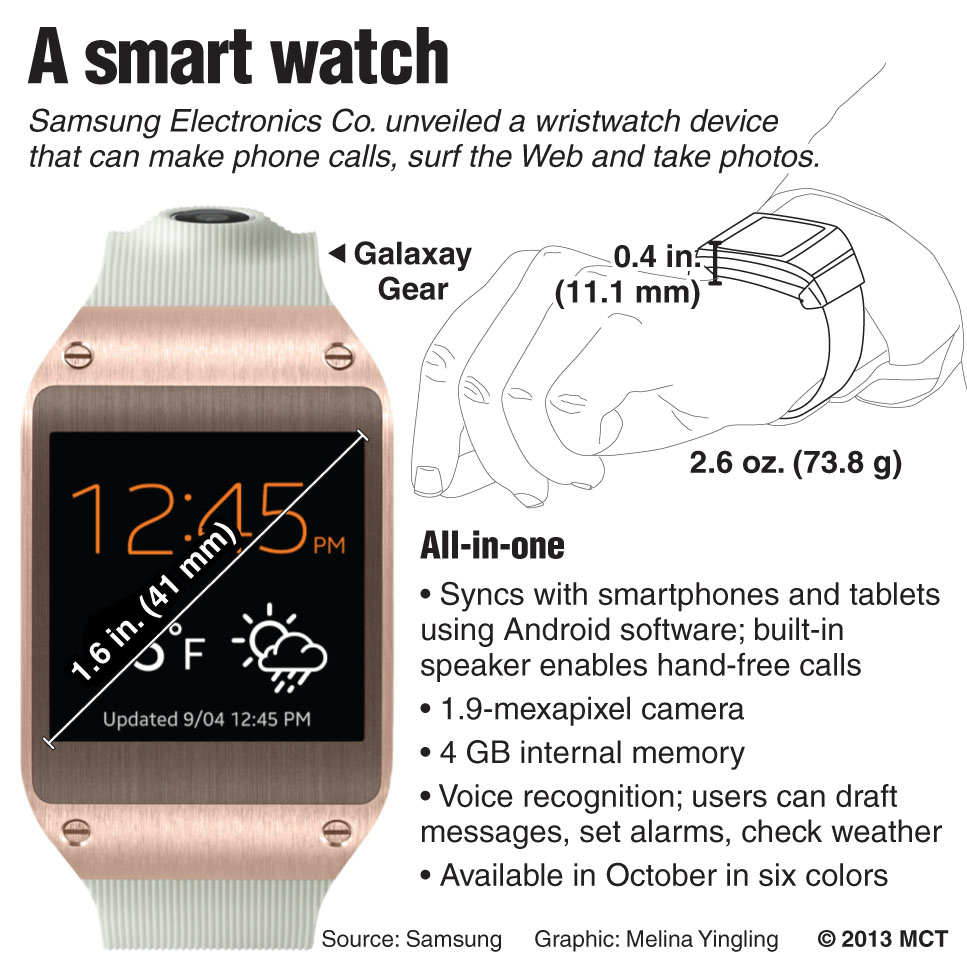 Samsung said Friday that its new versions of its Galaxy Note smartphone and tablet, along with its new smartwatch, will go on sale in the U.S. next month.

AT&T, Sprint, T-Mobile, Verizon Wireless and U.S. Cellular all will carry the Galaxy Note 3 smartphone. Some of the cellular carriers will also sell the Galaxy Gear smartwatch.

Major retailers – including Best Buy, Amazon.com, RadioShack and Wal-Mart – also will carry the smartphone and smartwatch.

Samsung unveiled the products on Wednesday. The smartwatch is designed to let users check messages with a glance at their wrists or have a conversation through a speaker phone.

The watch must be linked wirelessly with a smartphone to perform its full range of functions. It acts as an extension to the phone by discreetly alerting users to incoming messages and calls on its screen, which measures 1.63 inches diagonally.

AT&T said it will sell the phone for $299.99 with a new two-year agreement, or for $35 a month under its AT&T Next installment plan. It will begin shipping orders on Oct. 1.

T-Mobile said it plans to sell the smartphone for $199.99 down with 24 monthly payments of $21. It’s also selling the smartwatch for $299.99. U.S. Cellular confirmed that it will start selling the phone next month, but didn’t announce pricing.