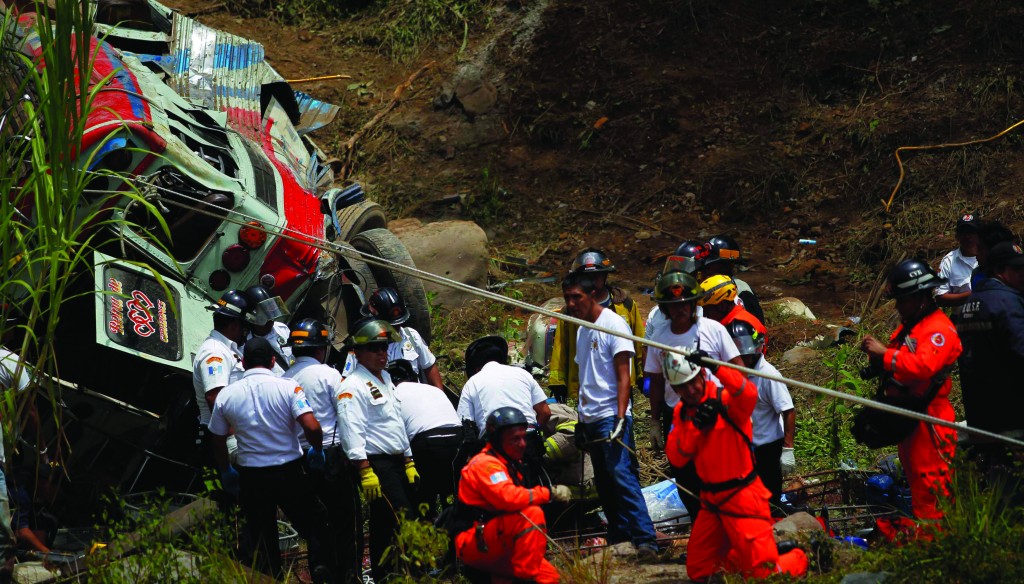 At least 38 people were killed and dozens injured on Monday when a bus went off a cliff on a hairpin bend in rural Guatemala, tumbling some 660 feet into a river at the bottom of a ravine, officials said.

Rescue workers said that the bus, which plunged off of a paved highway roughly 40 miles northwest of Guatemala City, was completely destroyed and that 46 people had been taken to nearby hospitals to be treated for injuries.

Investigators do not yet know what caused the crash or what was the final destination of the bus, which was traveling south toward Guatemala City. Rescue workers said that conditions were dry and mostly sunny and that the bus was likely over capacity.

Local media said many of those on the bus were vendors taking farm produce to market.