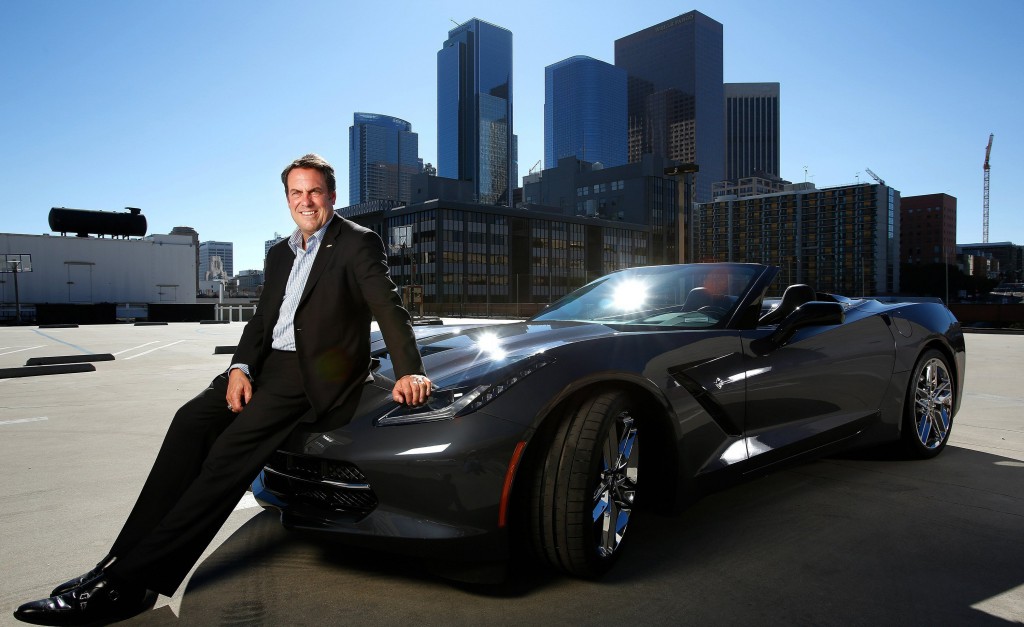 General Motors Co. was reeling from its bankruptcy and federal bailout when it launched the Chevrolet Cruze small car – one of the few projects it could pull off amid the financial and political turmoil.

That day in September 2010 marked the rebirth of the automaker, said Mark Reuss, president of GM’s North American operations.

The Cruze quickly became one of the world’s bestselling passenger cars. It proved that truck-centric GM could reap big profits on a small car, with no need for profit-robbing incentives and discounting. GM showed the discipline to build only the number of cars that buyers wanted, dumping its old model of keeping factories spitting out vehicles, regardless of demand.

The proof is in the numbers, Reuss said. GM has logged profits in 14 consecutive quarters, even after absorbing big losses from its operations in Europe, a region in economic upheaval. Through the first eight months of this year, the automaker has sold 1.9 million vehicles in the U.S., nearly a 10 percent gain from the same period a year earlier. It is stealing market share from the Asian import brands and selling more cars in California, the nation’s largest auto market and GM’s toughest region.

Consumer Reports said in July that the new Chevrolet Impala had earned the influential magazine’s top overall rating among sedans – a distinction held by Japanese and European models for at least two decades. Posting the third-highest score ever, the Impala ranked behind only the Tesla Model S and BMW 135i.

Reuss dropped by the Los Angeles Times recently to show off the newly redesigned Corvette convertible and talk about the automaker’s successes and challenges.

QUESTION: You are beginning to get better reliability ratings, but GM still lags behind the Asian import brands. What are you doing about that?

ANSWER: There still are some legacy reliability issues. We did not get here overnight, and it won’t change overnight. We are making changes. Instead of just testing incidents per 1,000 vehicles, we have added test-to-failure – until it breaks. We are now putting hundreds of thousands of miles of testing on things before we launch a vehicle. Every new model on the road goes through this process.

Q: Is the Volt plug-in hybrid, the showcase car for GM’s technology, starting to catch on with consumers?

A: Well, we are having a great month (in August). … There is an educational issue, because of the anxiety that exists with the range of electric cars. People think that the Volt has to be plugged in and charged to run. They don’t realize that it is a pretty efficient car running just on gas. But the No. 1 reason for walking out on a Volt is the price. Shoppers go to either a Leaf or a Prius. That is why we have worked very hard to take costs out of the car and lower the price by $5,000. We are looking at getting about $10,000 out of the cost of the car in the next generation. Remember, when the Volt was done, it was during our bankruptcy, and a lot of the design came off of our Delta platform, which was not an electric car. Our next generation will be purpose-built.

Q: What do you think is going to happen with electric-car technology?

A: Banking on battery breakthroughs is a very dangerous strategy. A massive breakthrough to get 200 miles out of a battery? We are not there yet. You can get that battery range; we can do that. But I wouldn’t bet on getting that battery range and getting the cost out of it. I would much rather put that money into developing an advanced material (lighter) car. There is a lot more efficiency that you can get that way, and you can take the battery cost out of it (by needing fewer battery cells to power the vehicle). If you do this in a way that you can get scale, and as you do it, reduce the battery size and get volume off it, then you can get value.

Q: Ferrari and McLaren are coming out with supercar hybrids, targeting additional power rather than gas mileage. Will we see a hybrid Corvette?

Q: GM has just launched the diesel version of the Chevrolet Cruze. Is America ready for diesel?

A: We have a very large portfolio of diesel engines internationally that are not brought here. Why wouldn’t we start looking at these engines as potential business for us? If we sell 5,000 of these a year, that would be nice incremental business for an engine that we already have. The diesel customer is usually young, likes to be different, likes a ton of torque and is looking for something that is fun to drive. They also want something with high fuel economy and efficiency. Also, I wanted our engineers to have the skill set to clean up a diesel engine for the United States.

Q: You mentioned that you spent about six hours driving the Tesla Model S recently, comparing it to the Cadillac ELR plug-in. What do you think of the company and the car?

A: I like the car. I think it is very good. There is no magic in what they are doing; it is a high-priced deal. We looked at the culture of the company, and I think it is awesome. I like the way they take risks. I think they have done a wonderful job in their retail stores. The experience for buyers is quite good.

Q: What’s the next big technology? Is it all-electric, natural gas or fuel cell?

A: It is all of them. I don’t think it is just one. Look for CNG (natural gas) for sure. There are huge reserves in the United States that are untapped. It is not that hard to put it in, alongside gas, in a regular gas station. There is a pretty low barrier to entry. Most engines are capable of running on natural gas. At least ours are. The fuel-delivery system is what has to change in the car. There is a high-pressure tank that takes up some room. Those things aren’t insurmountable. But I don’t think it is the only answer.