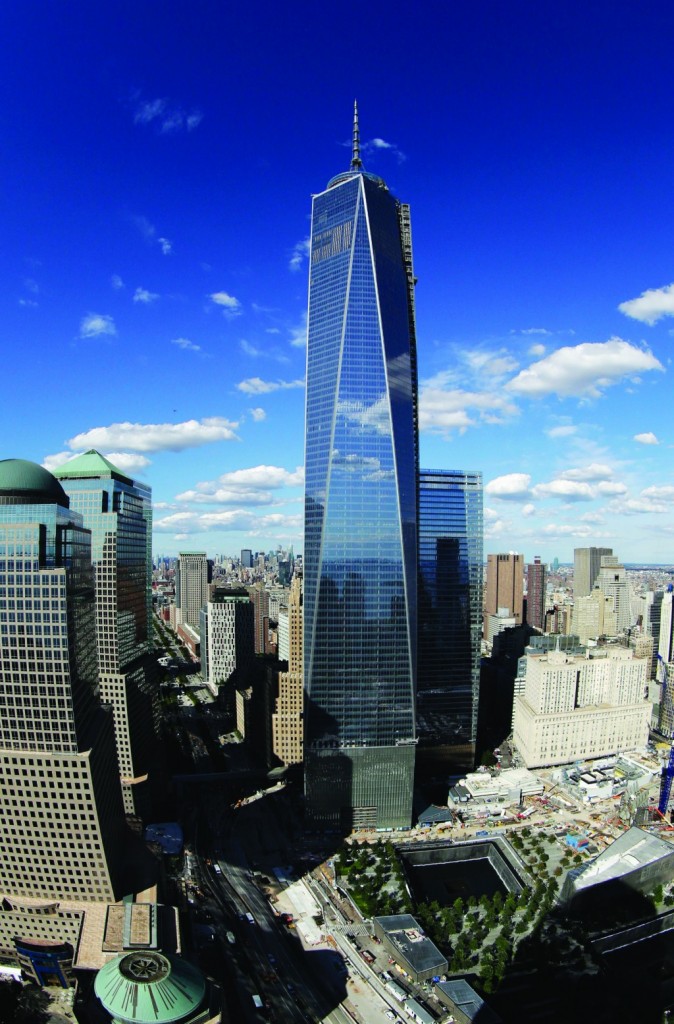 Far below the earth where the Twin Towers once stood, a cavernous museum on hallowed ground is finally nearing completion.

Amid the construction machinery and the dust, powerful artifacts of death and destruction have assumed their final resting places inside the National September 11 Memorial & Museum.

A vast space that travels down to the bedrock upon which the towers were built, the museum winds its way deeper and deeper underground, taking visitors on a journey to the very bottom.

Already on display are several pieces of mangled steel and metal recovered from the World Trade Center towers, each one telling a different story of the terror attacks that killed nearly 3,000 people.

The first relics that visitors will see are two massive pieces of structural steel that rose from the base of the North Tower. Now the rusty red columns soar above ground into the sunlit glass atrium that encloses the entrance to the museum.

“They’re so large — about 70 feet tall — that we built the museum around them,” explained Joseph Daniels, president of the memorial and museum.

Down a long ramp, visitors will peer down to glimpse the last piece of steel removed from Ground Zero in 2002, which sits inside a gaping silvery chamber that drops to the lowest level of the museum.

Further down the ramp, visitors will discover a mangled and twisted piece of steel that Daniels calls “impact steel.” That’s because this piece of the building was actually destroyed by the impact of Flight 11 slamming into the North Tower.

“You can see how, at the bottom, the columns are bent back,” Daniels said. “That’s because Flight 11’s nose, when it pierced the building, it bent steel like that.”

Perhaps the most chilling part of the museum, in its current form, is a battered staircase that leads down to bedrock, where the exhibits will be displayed. Sandwiched between an escalator and a staircase that will be used by museum visitors, the “survivor’s stairs” provided an escape route for hundreds of people who fled from the towers on Sept. 11, 2001.

“You’re literally following the same pathway that hundreds followed on 9/11 to survival, to safety,” said museum director Alice Greenwald. “In some respects, what we’re saying to our visitors is, we all live in a world now that was defined by this event. And in that sense, we’re all survivors of 9/11.”

There are more relics, some of them shrouded in plastic or white drapery, awaiting their public debut.

When completed in the spring, the museum will transport people through time from events leading to the 9/11 attacks all the way to events of today. And even when its doors open, the museum will always remain a work in progress.

“This is a museum, I like to say, that’s not about answers,” Greenwald said. “It’s a museum about questions. And we end with questions, and we then invite the public to participate in that dialogue.”