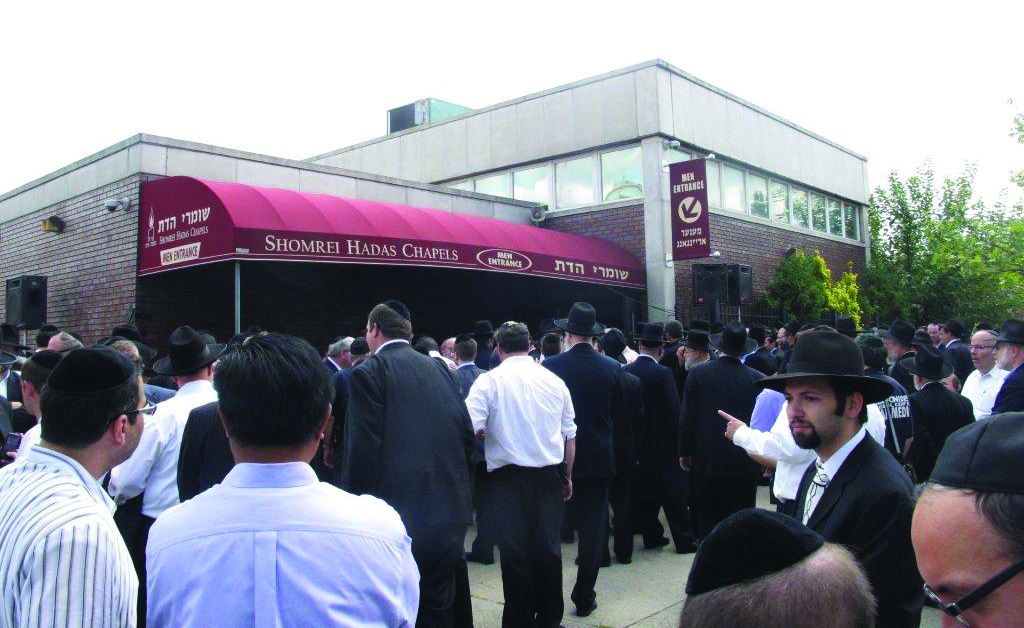 A Pioneer of Hatzolah And Chessed

An honor guard of Hatzolah ambulance vans, uniformed and un-uniformed Hatzolah volunteers led the procession Sunday — Tzom Gedaliah — to see off their brother in arms — Shlomo Zakheim, z”l,  as the ripple effect of the loss was felt all over the world.

Shlomo Zakheim, 59, was a pioneer in Hatzolah — the first Hatzolah paramedic. But his lifesaving activities didn’t stop there. He was admired and respected by Gedolim from all over, such as, Harav Mattisyahu Salomon, shlita,  Mashgiach of Bais Medrash Govoha, Lakewood, who said Shlomo Zakheim was a Yid whose heart beat, and lived, for Klal Yisrael. The Mashgiach quoted Harav Yitzchak of Volozhin’s introduction to his father’s sefer Nefesh Hachaim: “My father would often rebuke me that I don’t feel enough of the pain of other people. He told me, “This is the whole reason a person is born. A person is not created for himself. He is created to help others in every way he can.” Shlomo Zakheim was the embodiment of the essence of man — He constantly thought, “What can I do for someone else?”

Harav Yisroel Reisman said that Shlomo was a holeich tomim; they always had to meet in Shlomo’s van because he was always on the move to do yet another chessed, always careful to grab another chessed.

It is hard, no, impossible to enumerate all the chassadim of Shlomo Zakheim. Too many of them were done secretly, under the radar. He was a key askan in Chai Lifeline and a founder of their Camp Simcha. Rabbi Simcha Scholar of Chai Lifeline said Shlomo was a king. And, like a king, he was concerned about every detail in his kingdom. He wasn’t satisfied funding the camp. He would get into the nitty gritty of caring for and cleaning sick children.

On his last visit to Camp Simcha, a child stopped his car and said, “I know who you are.”

“I know your car. I saw it outside Memorial Hospital for weeks.”

Rabbi Scholar said that before he approached Shlomo Zakheim on behalf of Chai Lifeline, he inquired from people close to him how he could keep Shlomo involved in Chai Lifeline. “Shlomo shuns honor and recognition, so the day you will give him kavod, he will leave,” one acquaintance told Rabbi Scholar.

“Today we gathered to give Shlomo kavod,” and, “today he left us.”

Shlomo Zakheim bought the Metropolitan Ambulance Company, in the 1980s. At the time, the company consisted of two battered vans. He later merged with Transcare and built the company into a major rescue operation.

He was always giving. When he and his wife, Faygie,  tbl”c, went to the Kosel and saw there was no place to sit, they were the first to donate chairs for people to daven in comfort. When two bunks burned down in Camp Simcha, an anonymous donor rebuilt the bunks. It didn’t help him, though. People knew who the anonymous donor was.

Shlomo was a man on the move — texting messages and directing rescue from his hospital bed, even when he could no longer talk. He accepted the will of Hashem without question.

Shlomo was a tremendous baal chessed.

He didn’t do chessed by only giving money, he gave of himself totally, to whatever cause he was working for.

Shlomo’s entire life was dedicated and devoted to taking care of people, including cancer patients, yesomim, childless couples, kids at risk, almanos, anyone in need of help. His life was all about giving to others. He did chessed anonymously. No publicity, no kavod, no thank yous. He had a special connection with Hashem and always had a tremendous amount of emunah and bitachon.

He was constantly busy, but, if his son would call and ask, “Are you busy?” He would say, “Never for you!”