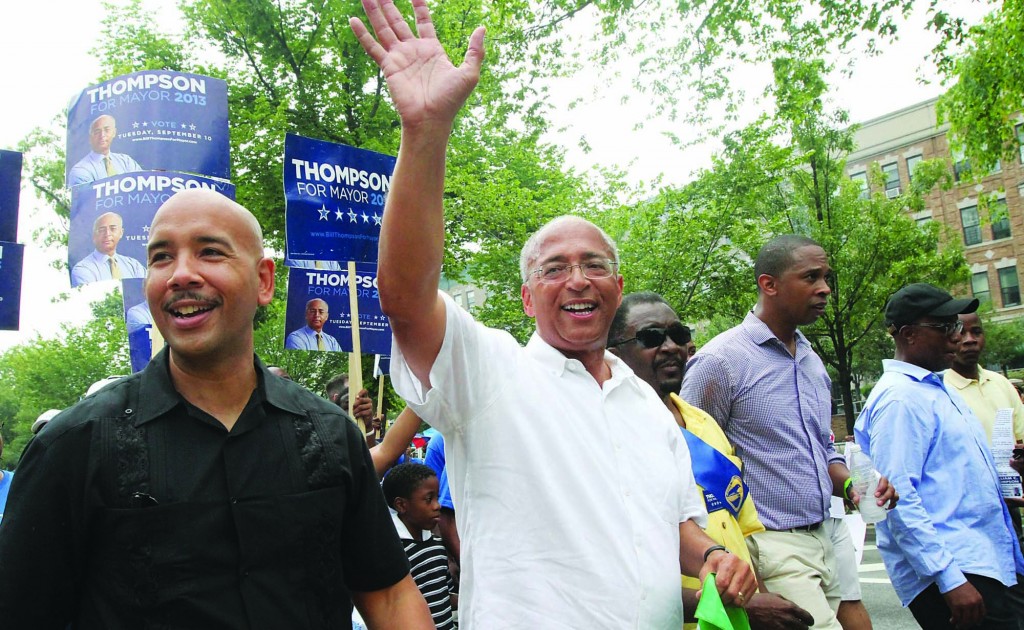 Public Advocate Bill de Blasio has surged to a commanding lead in the city’s Democratic mayoral primary, raising for the first time  the possibility that a runoff may not be needed to pick a nominee.

A poll from Quinnipiac University shows that de Blasio is the choice of 43 percent of likely Democratic voters, the highest mark any candidate has tallied all year. It also is the first time that any candidate has passed the 40 percent threshold needed to avoid a runoff; if no one passes that mark, the top two finishers in the Sept. 10 primary advance to a showdown three weeks later.

Former comptroller Bill Thompson places a distance second at 20 percent, according to the poll, which was released Tuesday. City Council Speaker Christine Quinn is at 18 percent.

De Blasio, who’s running on a more liberal platform than Quinn and Thompson, also sports huge leads in hypothetical run-off matchups with them. He would beat Quinn 66 percent to 25 percent and Thompson 56 percent to 36 percent, according to the poll.

Ex-congressman Anthony Weiner is fourth at 7 percent. Comptroller John Liu is at 4 percent.

De Blasio’s support jumped from 36 percent in a Quinnipiac poll taken less than a week ago. Momentum for de Blasio, who’s white, appears connected to an ad campaign centered on his interracial family, strong debate performances and Weiner’s collapse.

He leads Quinn, who’s trying to be the city’s first female mayor, among women 44 percent to 19 percent. And he leads Thompson, the race’s lone black candidate, 47 percent to 25 percent among black voters.

Rival campaigns have downplayed de Blasio’s lead and point to internal polling they say shows a closer race. And the Quinnipiac poll does indicate that 24 percent of those surveyed said there was a “good chance” they would change their minds before primary day.

The final Democratic debate was to be held Tuesday night, hours after the poll’s release.

On the Republican aide, ex-Metropolitan Transportation Authority chairman Joe Lhota, a deputy under former mayor Rudy Giuliani, was the choice of 48 percent of likely Republican primary voters. He has commanding leads over grocery magnate John Catsimatidis, who’s at 24 percent, and nonprofit executive George McDonald, at 10 percent.

The survey of 101 likely Republican voters had a margin of error of 9.8 percentage points.