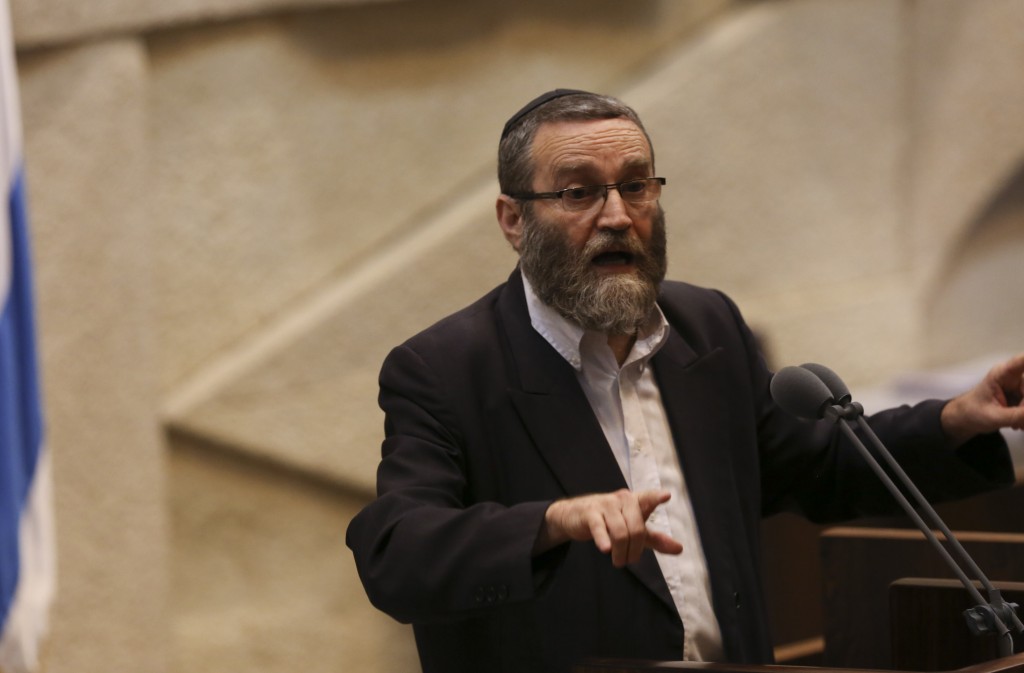 In past years, the same lists of those eligible for special status under Clause 46, contained the names of numerous chareidi organizations, which are not government-funded and depend on private donations.

“Yair Lapid’s hatred of chareidim has begun to drive him out of his mind,” said Rabbi Gafni, noting that not one beis knesses or chessed group was included. “The man simply hates chareidim and seeks to hurt them in every possible way.”

“We’re not talking here about the state budget or child
allotments. On the contrary, the state has withdrawn from the areas in which these organizations are active … We will undertake a relentless struggle … against this bigotry, which has no counterpart in the West.”

Rabbi Gafni also noted the announcement by Education Minister Shay Piron (Yesh Atid) that he will seek to change the criteria for government support of yeshivos so only those which fit the description “Zionist” will qualify.

He said he will not hesitate to petition the High Court against such discriminatory measures against the chareidi community.