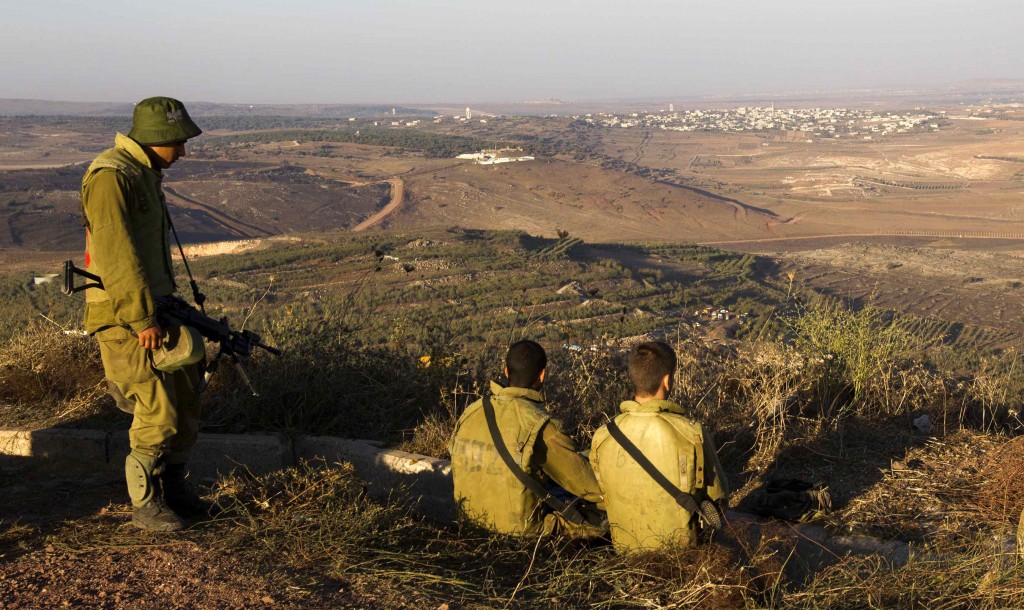 Without mentioning Syria by name, Netanyahu before the weekly cabinet weekly assured the nation that “we are prepared,” and declared that “Israel is serene and self-confident.”

That serenity was laced with anxiety, however, as reflected in long lines and some minor scuffles at gas mask distribution points over the past few days. In addition, State Comptroller Joseph Shapira on Sunday blasted public officials for unprepardness in their failure to provide maximum protection for the civilian population.

Israelis voiced impatience with the decision from Washington,
and its ramifications not only for Syria at this juncture but Iran in the longer term.

Army Radio quoted to an unnamed government official who said that “if Obama is hesitating on the matter of Syria, then clearly on the question of attacking Iran — a move that is expected to be far more complicated — Obama will hestitate much more, and thus the chances Israel will have to act alone have increased.”

Jewish Home leader Naftali Bennett was more emphatic: “More than 1,000 civilians, many of them babies and children, were murdered by a dark regime using poison gas. And the world hesitates. This is a major lesson. At the moment of truth, we will depend only on ourselves.”

Israeli media portrayed Obama’s handling of the crisis in a critical light, with headlines like “Obama’s zigzag,” “A step back,” and “Assad is celebrating.”

“Most Israelis feel very disappointed that the leader of the free world, the American president, is lacking determination and looks spineless,” Efraim Inbar, director of the BESA Center at Bar Ilan University told The Media Line.

“Yes he can. But it’s not certain anymore that he wants to,” wrote commentator Yoaz Hendel, a former adviser to Netanyahu, in one of the major Israeli dailies. “Until the American Congress approves the attack (if it approves it), the chemical weapons stockpiles will be moved elsewhere. The headquarters will be replaced. The chosen targets will become empty buildings. The accomplishments of a possible attack will be reduced, the bloodbath will remain.”

When Tourism Minister Uzi Landau was asked whether he trusts the president of the United States, he responded: “I trust Avinu sheba’Shamayim with Israel. The U.S. president has spoken, and we have to return to our regular lives.”

On the other hand, Moshe Arens, a former Israeli defense minister, spoke in favor of Obama’s Syria deliberations, arguing that the U.S. president was reluctant to take sides in the conflict between Assad and rebels who include al-Qaida-linked radical Islamists.

He also dismissed any link between crises in Syria and Iran.

“There is no analogy here. In Iran the enemy is clear, the objective is clear and what has to be done is clear,” Arens said. “It would illusory to think that if Obama does not make good the commitment he made to lob a few Tomahawks at Syria that is a sign that in Iran, too, he will not do what is required.”

Former IDF chief of staff Dan Halutz disagreed with the view that Obama has backed down. “…All of the talk surrounding ‘the imminent attack on Syria’ was just talk,” said Halutz. “The Americans cannot ignore the fact that they have no coalition. They are alone in this battle.”

Meanwhile, the IDF deployed an Iron Dome missile defense battery in the Tel Aviv area. Batteries have already been moved to the Haifa area, and armored units have been bolstered in the Golan.

In a recent report and again in a public letter, the Comptroller criticized shortages, long lines and general inefficiencies in the Homefront Command.

Shapira made a particular point of instances in which foreign workers, including those caring for the elderly and the disabled, were refused gas masks by the authorities.

In an emergency meeting held late last week, the Shomron Regional Council was instructed to prepare for the possibility of having to absorb Israelis fleeing from missile attacks in the Tel Aviv area, Arutz Sheva reported.

The Shomron is seen as an ideal refuge. That’s because its low population density makes the Shomron itself an unlikely enemy target; it’s only 30 minutes from Tel Aviv; and can accommodate thousands more people in its hotels and hostels

Tel Aviv residents went to the Shomron during the Gulf War in the early 1990s, while northern residents took refuge there during the Second Lebanon War, and most recently, Negev residents came during Operation Cast Lead.

There were no surprises: Israel’s Dimona nuclear plant, petrochemical production plants in Haifa, the Hazor military airbase, the Palmachim, Zala’im and Tzrifin  military bases, Kalandia airport, and military and intelligence facilities in Turkey and Cyprus.