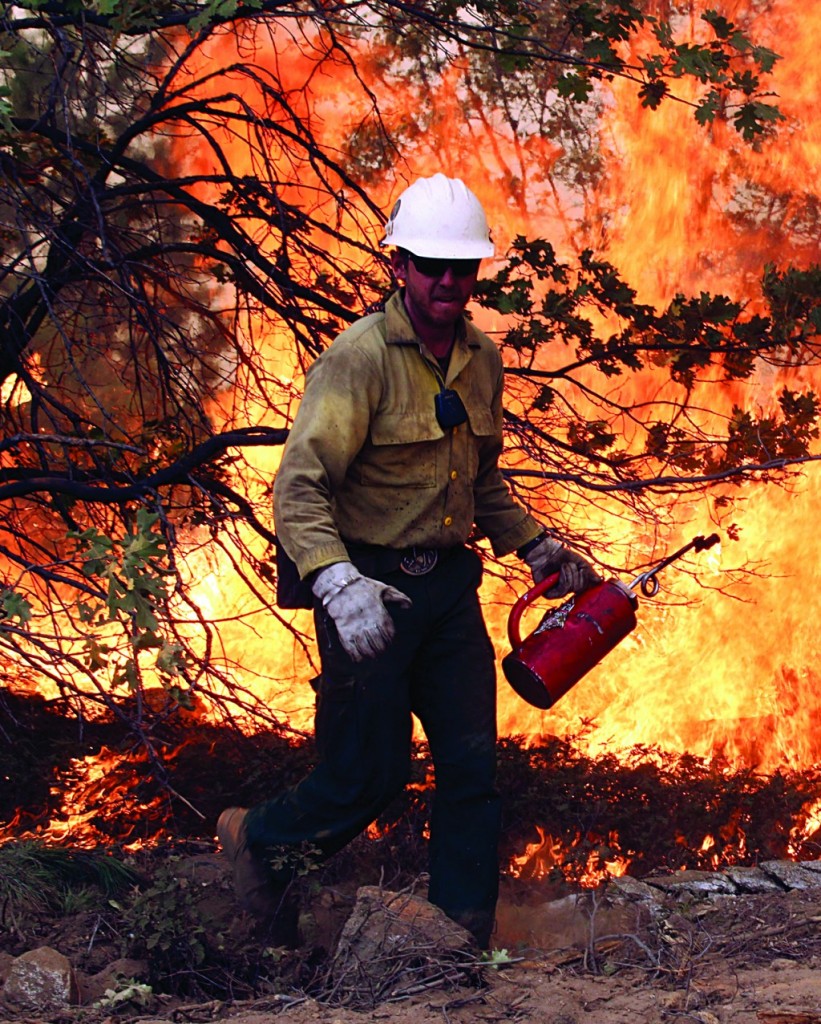 Firefighters in California gained ground Monday against a massive wildfire burning part of Yosemite National Park, although complete containment may be weeks away, officials said.

Crews working through the night got an edge on the so-called Rim Fire, a 350-square-mile blaze that has charred the California park’s northwest, said Andrea Capps, spokeswoman for the Rim Fire command center.

They connected containment lines near the fire’s northwestern and western borders, where most of the 4,500 homes threatened by the blaze are located, she said.

The fire was 60 percent contained by early Monday, 15 percent more than the night before.

“Last night is when it all really tied together,” Capps said. “It’s looking really good over there right now. They’re calling that containment line secure.”

Despite the jump in containment, Capps said fire analysts estimate that it could take until September 20 to contain the Rim Fire fully.

“The majority of the containment lines will probably be really strong by the middle, end of this week, but they just want to give themselves enough time to make sure it’s fully contained,” Capps said.

Wet weather expected in the area raised hopes, but the possibility of thunderstorms kept officials wary.

“Rain is good, but the winds that come with the pressure changes with the thunderstorms could lead to some unpredictable [fire] behavior,” Capps said. “We have had a few sprinkles this morning, and so we’re all waiting to see what happens.”

While the majority of the fire was burning on Stanislaus National Forest, 60,214 acres, or about 27 percent, of the fire has crossed the Yosemite National Park border.

The massive blaze has scorched an area larger than many U.S. cities and is the fourth-largest on record in California, burning more than 220,000 acres over the past two weeks.