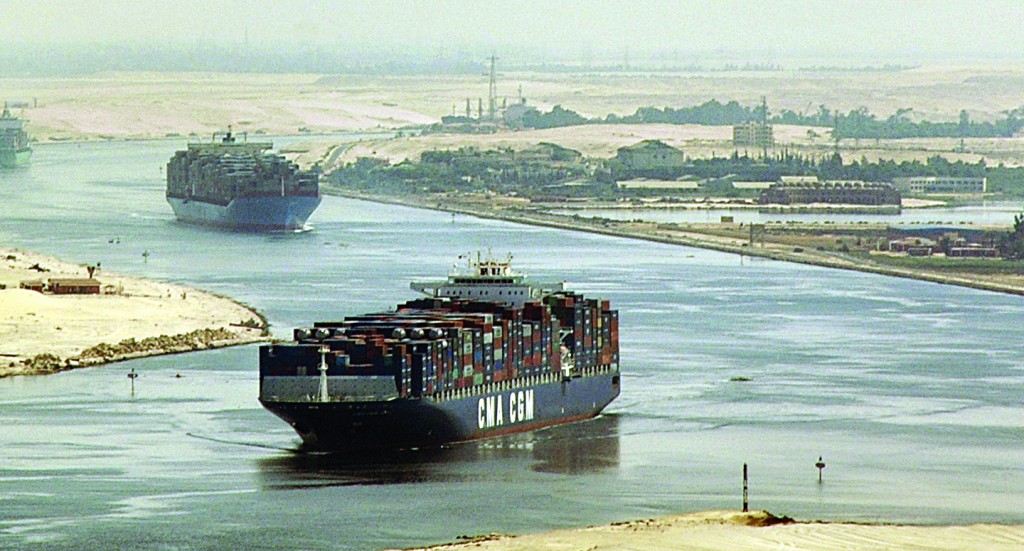 Egyptian authorities moved to bolster security along the Suez Canal after a foiled attack on a ship traversing the waterway that handles about 8 percent of world trade spotlighted new threats confronting officials after Mohammed Morsi’s ouster.

The failed Aug. 31 attack on the Panama-registered Cosco Asia didn’t damage the ship or its cargo, Suez Canal Authority head Mohab Mamish said in a statement. The military dealt “decisively” with the attempt, he said, without giving details.

The maritime incident underscored the threats in the country as the military-backed government pursues an offensive against the Muslim Brotherhood and terrorists following Morsi’s July 3 ouster. More than 1,000 people have died, most of them supporters of the toppled Islamist leader who were killed in a single week in August amid clashes with security forces.

“Events like this increase the confusion and cause international embarrassment,” said Adel Soliman, head of the private Strategic Dialogue Forum research institute. “You have a state of turbulence in the street under which anything can happen.”

Keeping canal traffic flowing normally became a concern even before Morsi was deposed as the military stepped up security along the waterway months ago.

The Suez Canal and SUMED pipeline, as the link between Egypt’s ports of Ain Sukhna on the Red Sea and Sidi Kerir on the Mediterranean is known, together handled 3.8 million barrels a day of crude and products, according to 2011 data cited by the International Energy Agency. Most of that traffic was northbound.