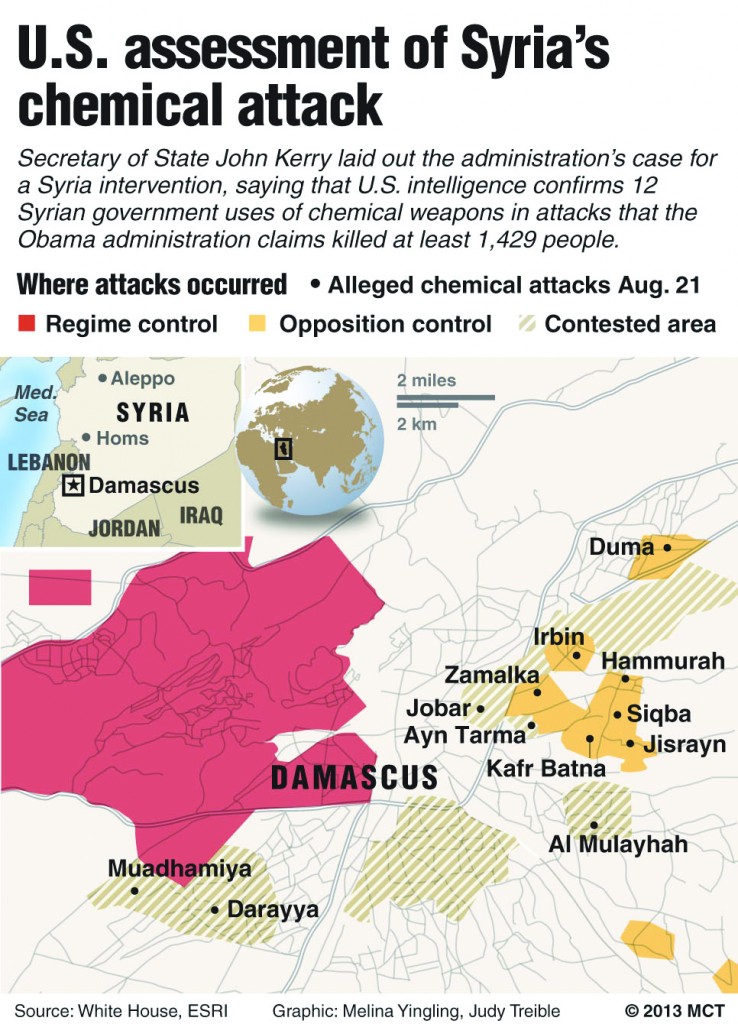 Syria’s president warned Monday that the Middle East is a “powder keg” and potential Western military strikes against his country risk triggering a regional war.

In an interview with French newspaper Le Figaro, Assad was quoted as saying that Syria has challenged the U.S. and France to provide proof to support their allegations that Damascus has used chemical weapons, but that the leaders of both countries “have been incapable of doing that.”

“Chaos and extremism will spread. The risk of a regional war exists,” he added.

As the U.S. has been presenting its case to a wary public, the French government Monday published a nine-page synopsis that concluded that the Syrian regime launched an attack Aug. 21 that involved a “massive use of chemical agents.” The report also said the Assad government could carry out similar strikes in the future.

The U.S. said it has proof that the Assad regime is behind attacks that Washington claims killed at least 1,429 people, including more than 400 children.

On Sunday, Secretary of State John Kerry said the U.S. received new physical evidence in the form of samples that show sarin gas was used in the Aug. 21 attack.

The Obama administration has failed to bring together a broad international coalition in support of military action, having so far only secured the support of France. Britain’s parliament narrowly voted against British participation in a military strike last week, and the Arab League has stopped short of endorsing a Western strike against Syria.

In an emergency meeting on Sunday, the Arab League called on the U.N. and the international community to take “deterrent” measures under international law to stop the Syrian regime’s crimes, but could not agree on whether to back U.S. military strikes.