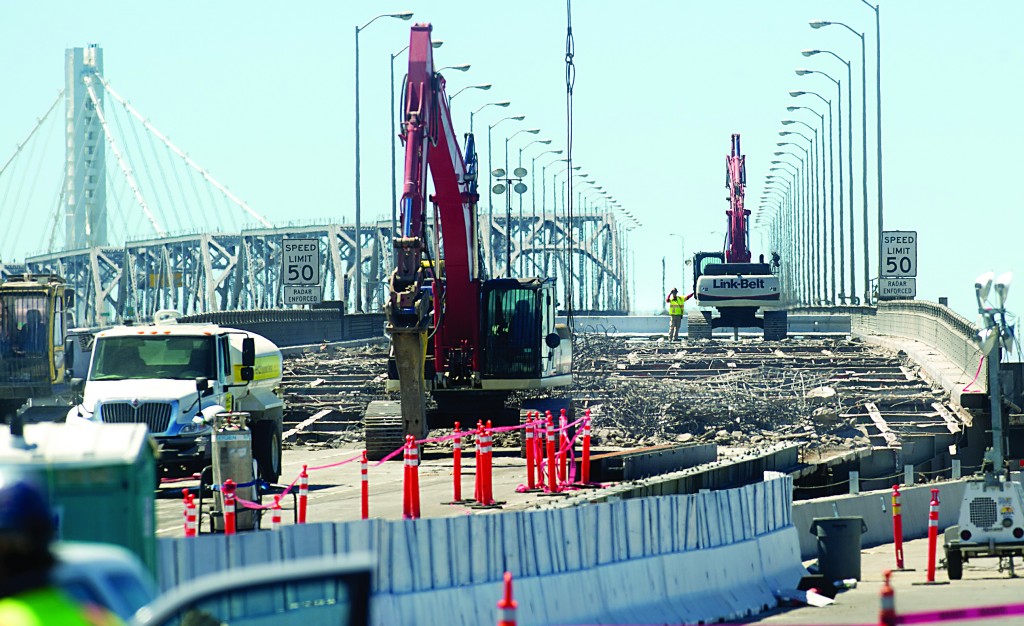 Crews are on pace to put the finishing touches on a new stretch of the San Francisco-Oakland Bay Bridge, and the span should be ready to open as planned early this week, officials say.

When traffic flows across the new eastern part of the span for the first time, it will do so nearly a quarter-century after a deadly earthquake in 1989 collapsed two 50-foot sections of the old structure.

The 6.9-magnitude Loma Prieta quake killed 63 people and caused up to $10 billion in damage.

The Bay Bridge failure, one of the temblor’s most memorable images, prompted one of the costliest public works projects in state history. The $6.4 billion project finally draws to a close after decades of political bickering, engineering challenges and billions in cost overruns. Transportation officials say the bridge should be ready to open as scheduled by 5 a.m. Tuesday after being closed for five days.

The years of past delays magnified public safety concerns over the need for a permanent solution as the original, seismically unsafe bridge was patched up and continued operating.

Highlighting the decades of complications, the scheduled opening of the reworked bridge was in jeopardy again this year after crews discovered dozens of defective rods used to anchor the roadway to important earthquake safety structures. The bridge will open with a temporary fix for these rods while the permanent repair, expected to be completed in December, is being installed.