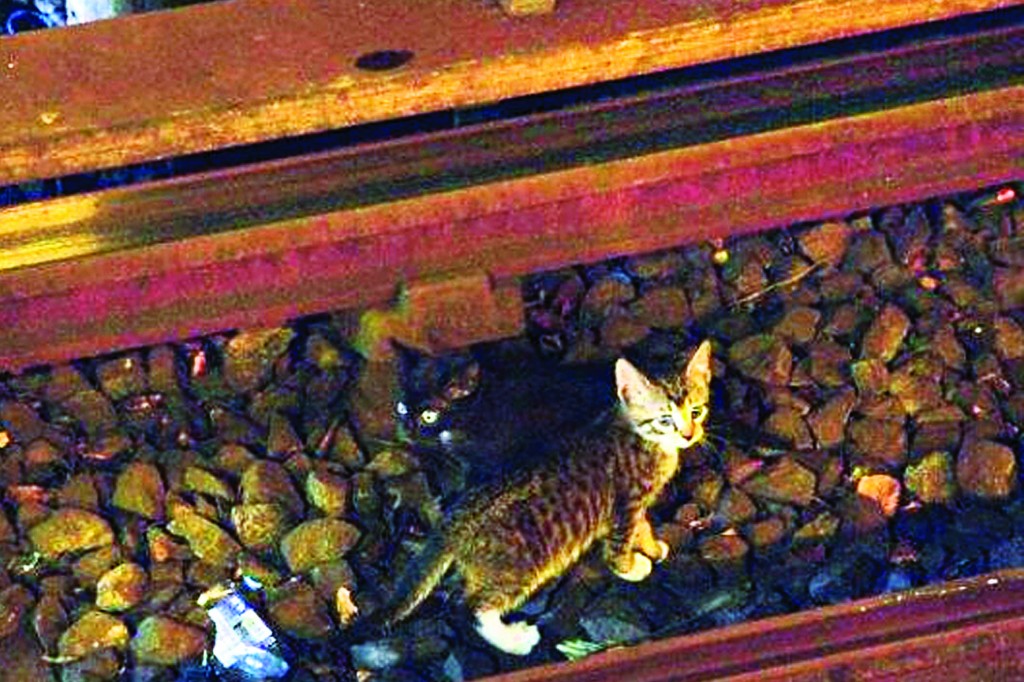 It only took two kittens to stop the New York City subway in its tracks.

Transit officials say Thursday they had to cut power to the B and Q lines in Brooklyn for more than an hour after an owner reported her kittens were loose in the subway.

The two — one black, one white with gray stripes — were seen around noon running dangerously close to the high-voltage third rail.

Transit workers were dispatched onto the tracks at Church Avenue to try to corral the furry visitors while power was cut between DeKalb Avenue and Brighton Beach.

The owner brought food to try to coax them out, but the skittish kittens disappeared again.

Officials say workers and passengers are on the lookout for them and train operators are being asked to proceed with caution.