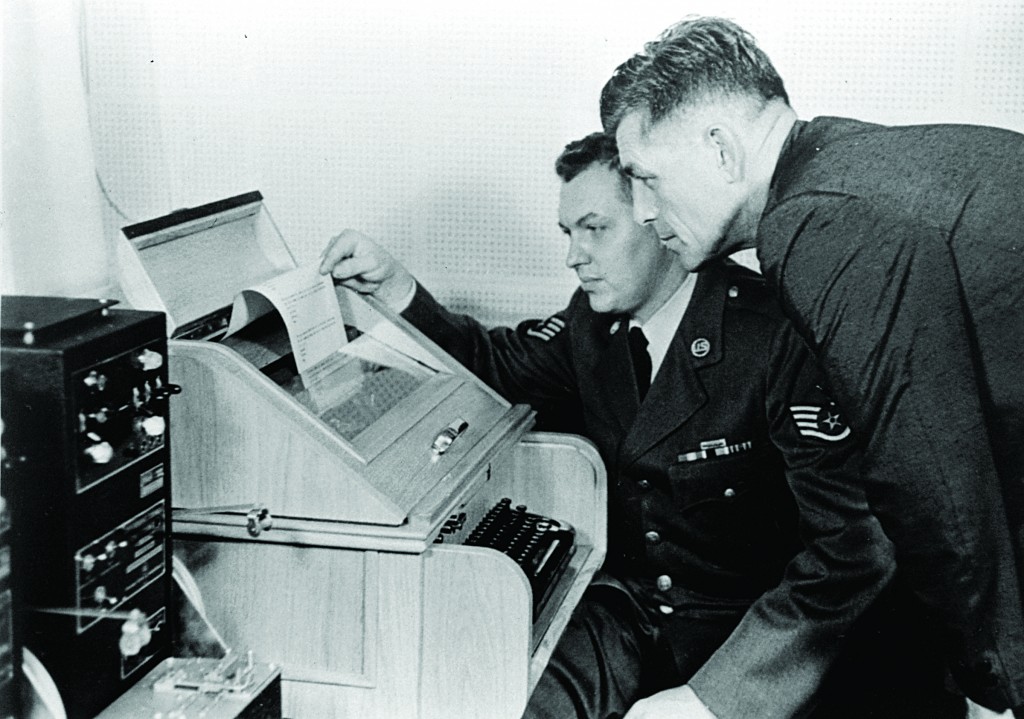 The Washington-Moscow Hotline, used by U.S. and Russian leaders for frank discussions about crises including the 1967 Six-Day War and the Soviet Union’s 1979 invasion of Afghanistan, marked its 50th birthday Thursday with the nations still grappling with competing interests in regional conflicts.

“The president continues to value the direct communications link between Washington and Moscow,” Lucas wrote in an emailed response to questions from The Associated Press about the hotline that was used at key moments and helped contact between senior officials at the White House and in the Kremlin.

The next crisis could be just around the corner, said Roald Sagdeev, a former director of the Soviet space exploration program who spoke at an anniversary celebration at Fort Detrick, where the Army maintains a satellite link for the hotline.

“It’s very important to make sure we can keep this, especially at the time of what’s happening in Syria,” Sagdeev, now a University of Maryland physics professor, said before the event. “We should stay with at least keeping what we have for the rainy day.”

Despite popular myth, the president doesn’t use a red phone to talk with his Russian counterpart. In fact, the connection established in 1963 was for written communications only. A voice component was added two decades later as the system evolved from an undersea telegraph cable to today’s exchange of data by both satellite and fiber-optics.

“The system is very robust, as you might imagine,” said Craig Bouma, civilian executive officer of the Detrick Earth Station.

Bouma manages the twin satellite dishes and a staff of 16 civilian Army employees – eight technicians and eight linguists. They work around the clock to ensure the system is operating correctly. The station also handles secure communication lines for the Pentagon and the State Department, including a special link the nations use to alert each other to missile tests.

In June, the U.S. and Russia signed a pact to add a direct communication link to prevent the inadvertent escalation of misunderstood cybersecurity incidents.

Until February, the Washington-Moscow link was operated by Honeywell under a five-year, $8.4 million contract.

Bouma said the workers at Detrick have daily interaction with their Russian counterparts in written exchanges that sometimes reveal cultural differences.

The link was set up after the 1962 Cuban missile crisis to avert the accidental outbreak of nuclear war. Known at the Pentagon as MOLINK, for “Moscow Link,’ it went live Aug. 30, 1963, with the U.S.-generated message, “The quick brown fox jumped over the lazy dog’s back 1234567890.”

The hotline’s first use in crisis mode came during the six-day Arab-Israeli war in 1967, according to Michael Bohn, a former White House Situation Room director and author of the forthcoming Presidents in Crisis: Tough Decisions from Truman to Obama. He said Soviet Premier Alexei Kosygin sent a message to President Lyndon B. Johnson at 7:47 a.m. on June 5, 1967, after Israel pre-emptively attacked Egypt, Syria and Jordan. The message expressed Russia’s hope that the U.S. government would “exert appropriate influence on the Government of Israel particularly since you have all opportunities of doing so.”

Bohn said the leaders exchanged 19 messages during the Six-Day War. Johnson notably used it after Israel attacked the USS Liberty to assure Kosygin that other U.S. ships rushing to the Liberty’s aid were not joining the hostilities.

Starting with President George H.W. Bush in the early 1990s, telephone calls have replaced written messages as the preferred mode of communication between the nations’ leaders, Bohn said. He said that when the link was created, written messages were seen as a safer way of expressing oneself.

“In a tough situation, you have to be careful what you say. The process of sitting down and writing it out clears your head a little bit and makes you slow down a little bit and think twice – that’s what people have told me,” Bohn said.