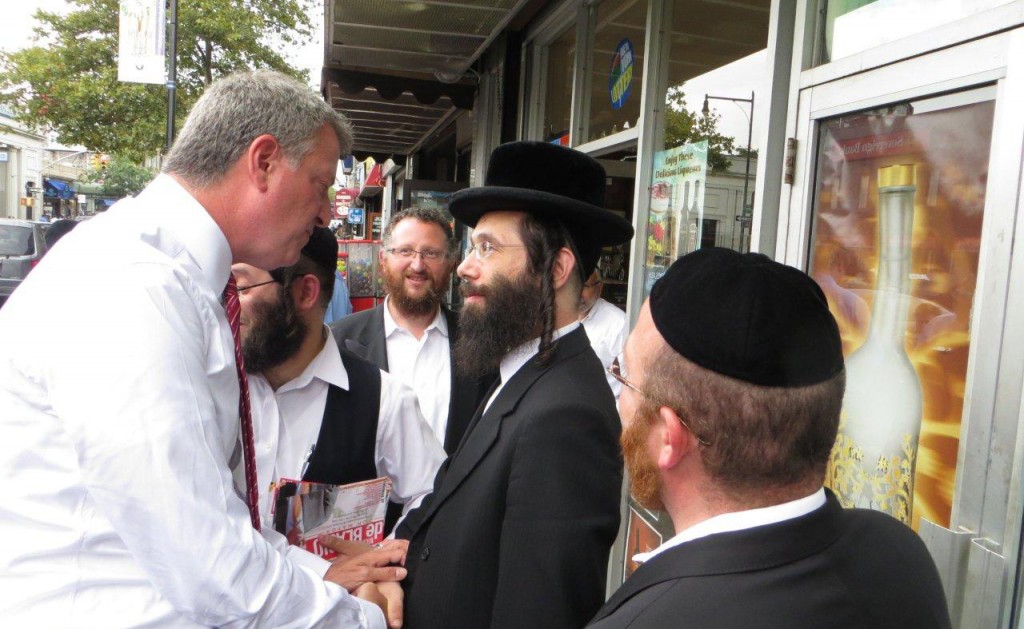 Public Advocate Bill de Blasio has opened up a significant lead in the race to become the Democratic nominee for mayor, according to a new poll.

That puts him near the 40 percent threshold that would prevent a run-off. If no candidate in the Sept. 10 primary hits that mark, the top two candidates advance to a run-off three weeks later.

The margin for second place and the other potential run-off spot is razor thin: City Council Speaker Christine Quinn is at 21 percent, while ex-comptroller Bill Thompson is at 20 percent.

De Blasio, who’s running on a more liberal platform than Quinn and Thompson, also sports big leads in hypothetical run-off matchups with his two closest rivals. He would beat Quinn, the former longtime front-runner, 59 percent to 30 percent and Thompson 52 percent to 36 percent, according to the poll.

The survey, of 602 likely Democratic primary voters, has a margin of error of 4 percentage points.

Former congressman Anthony Weiner has fallen to 8 percent. Comptroller John Liu is at 6.

De Blasio’s support jumped from 30 percent in a Quinnipiac poll taken Aug. 13. His momentum appears connected to an ad campaign centered on his interracial family, a widely publicized fight to keep a Brooklyn hospital open and his calls for significant reforms to the New York Police Department, which has been heavily criticized recently for its stop-and-frisk policy. He also benefited greatly from Weiner’s implosion.

De Blasio campaign manager Bill Hyers said his candidate was on the upswing “because he is the only Democrat who will boldly break” from policies of current Mayor Michael Bloomberg.

Staffers from Thompson’s and Quinn’s campaigns downplayed the poll’s findings.

De Blasio, who’s white, leads Thompson, the race’s only black candidate, among likely black voters 34 percent to 25 percent, according to the poll. Thompson, the Democrats’ 2009 nominee, is banking on winning the majority of the black voters.

Among those surveyed, 31 percent said there’s a “good chance” they will change their minds about a candidate before the primary.