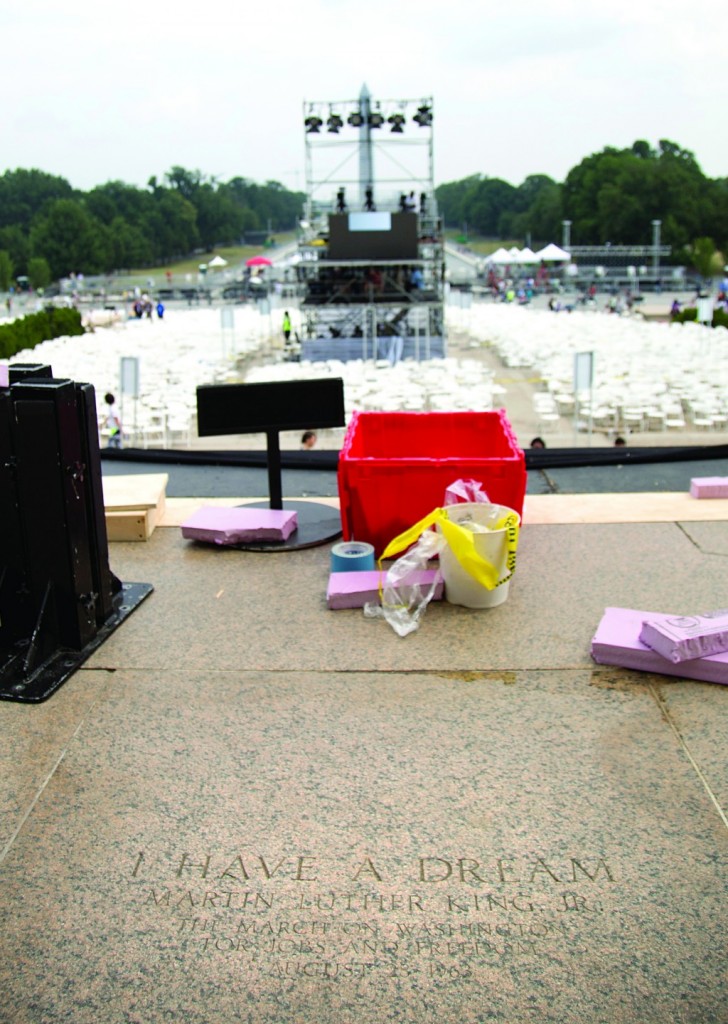 Barack Obama was two years old and growing up in Hawaii when Martin Luther King Jr. delivered his “I Have a Dream” speech from the steps of the Lincoln Memorial. Fifty years later, the nation’s first black president will stand as the most high-profile example of the racial progress King espoused, delivering remarks Wednesday at a nationwide commemoration of the 1963 demonstration for jobs, economic justice and racial equality.

Obama believes his success in attaining the nation’s highest political office is a testament to the dedication of King and others, and that he would not be the current Oval Office occupant if it were not for their willingness to persevere through repeated imprisonments, bomb threats and blasts from billy clubs and fire hoses.

In tribute, Obama keeps a bust of King in the Oval Office and a framed copy of the program from that historic day when 250,000 people gathered for the March on Washington for Jobs and Freedom.

Within five years, the man Obama would later identify as one of his idols was dead, assassinated in April 1968 outside of a motel room in Memphis, Tennessee.

But King’s dream didn’t die with him. Many believe it came true in 2008 when Obama became the first black man Americans ever elected as their president.

When he was much younger, it took Obama time to embrace his black-white, African and American heritage. He described himself as “the mixed blood, the divided soul, the ghostly image of the tragic mulatto trapped between two worlds.”

A jury’s decision to acquit neighborhood watchman George Zimmerman in the 2012 fatal shooting of black teen Trayvon Martin outraged blacks across the country last month and reignited a nationwide discussion about the state of U.S. race relations.

After Zimmerman was acquitted, Obama spoke out to help people understand black outrage over the verdict. In unusually personal terms, Obama talked about experiences he shares with so many other black men, before he became a well-known public figure, such as being followed in department stores and hearing the click of car doors being locked as he walks by.

He said the African-American community was looking at the issue “through a set of experiences and a history that doesn’t go away.”

In Wednesday’s speech, Obama will offer his personal reflections on the civil rights movement, King’s speech, the progress achieved in the past 50 years and the challenges that demand attention from the next generation.

Obama has said King is one of two people he admires “more than anybody in American history.” The other is Abraham Lincoln.