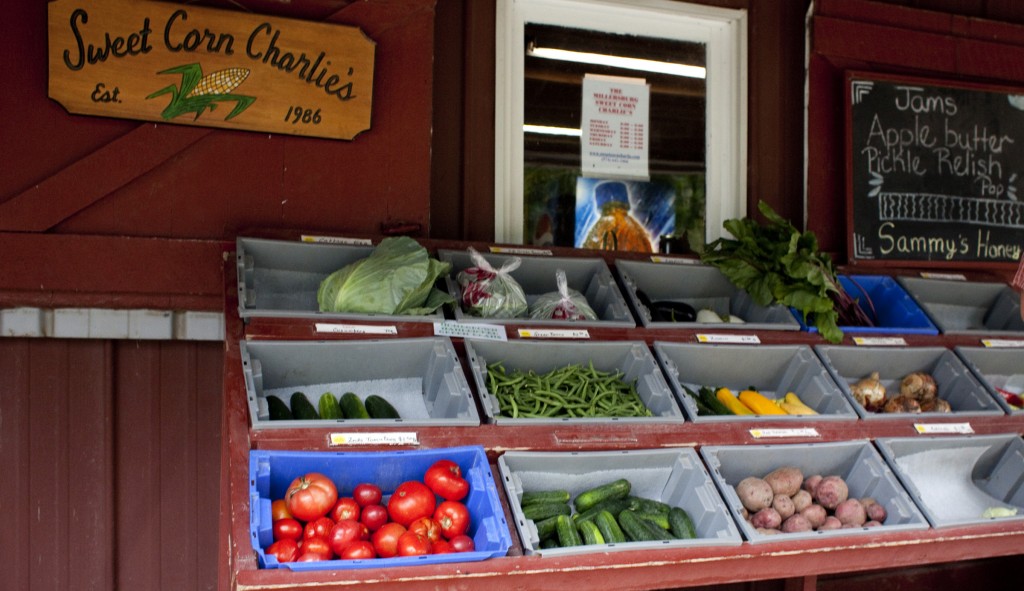 Chuck and Tami Mohler have been named 2013 “Farm Family of the Year” by the Elkhart County Agricultural Society.

The Mohlers operate a network of roadside farm markets across the area, growing their own corn and vegetables using techniques they picked up in Israel.

The Mohlers went to Israel in 1983 for a few months, where they learned about using ground plastic, drip irrigation and high tunnels and low tunnels.

They’ve been back several times since founding their business, Sweet Corn Charlie’s, in 1986. They learned watermelon grafting and transplanting sweet corn.

Several years ago, a group from Ohio State University toured this area and stopped at the Mohler farm east of Millersburg. “They wanted to see my grafted watermelon,” Chuck said.

“We talked about Israeli technology, and I mentioned that I learned to transplant sweet corn from the Israelis because they had done it. [According to] the people that we talked to in the vegetable business, I was the first one in the United States to transplant sweet corn, which we still do today, about 10 acres of it, our very first.

“When I told them that I did this, they said well, they tried it, they were unsuccessful because they couldn’t get the ear size that they needed, so they deemed it undoable. This is Ohio State University. I said, ‘Well, I’ve got some right over here that’s growing, that’s just about ready to harvest, would you like to take a look at it?’ Of course they said, ‘Sure.’

“We walked over a few feet and looked at this transplanted sweet corn that I had, and the ears were just as big as anything they have ever grown, and I had a captive audience. They invited me to come to an Ohio State vegetable grower’s conference and talk to their growers,” he said.

He credits their success as a family to two things: He has a family that puts family as a top priority, and “the Most High gave me a good wife who came also from a family where that was a priority,” Chuck said.

Their sons, Sammy and Dan, and Sammy’s wife, Katrina, are all part of the business. Sammy and Dan were both 10-year 4-H members, Sammy’s a Benton 4-H assistant leader and Dan’s a delegate to the national 4-H congress.

The honor of being named Farm Family of the Year is something Tami said is humbling. “There’s a lot of fine farm families in Elkhart County,” she said.