Israel Peace Talks On Despite Killing of 3 Palestinians
Israel 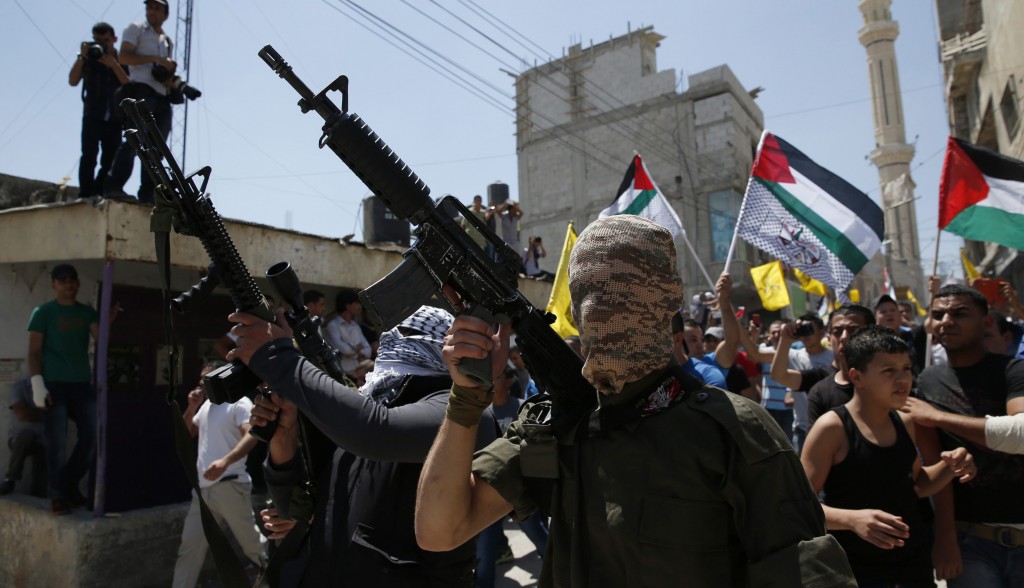 The U.S. State Department on Monday denied reports that U.S.-brokered peace talks between Israelis and Palestinians had been canceled following the killing of three Palestinians during riots in Qalandiya.

“I can assure you that no meetings have been canceled,” State Department spokeswoman Mari Harf told Reuters. “The parties are engaged in serious and sustained negotiations,” she said.

Earlier on Monday, Haaretz quoted a senior Palestinian official as saying that the Palestinians had canceled talks with the Israelis after Israeli troops shot dead three Palestinians during an early morning raid to arrest a suspected terrorist.

Israeli security forces who arrived in Kalandiya near Ramallah to make the arrest came under a large scale attack by a mob of hundreds of Palestinians.

Video images from the scene showed two IDF jeeps being ambushed by Palestinians on rooftops and at street level, hurling large rocks and other heavy items from multiple directions.

A soldier with the force told Ynet that “the Palestinians were throwing things from the rooftops, windows and balconies, they threw anything they could get their hands on — rocks, boulders, metal sticks, slabs of stone — some them were only a meter from where the soldiers were, they weren’t afraid, not of tear gas or stun grenades. We only fired when it was life or death for our forces,” the soldier said.

In order to extricate their personnel from the life-threatening situation, the IDF was forced to open fire, resulting in the death of three rioters and the wounding of 15 others, according to a preliminary military investigation of the incident.

The funeral that followed, attended by thousands of residents of the crowded refugee camp, was marked by firing into the air of autmomatic weapons by masked gunmen. Afterwards, dozens of local youths threw stones towards Israeli soldiers at the Qalandiya checkpoint, where they were dispersed with tear gas and rubber bullets.

Ignoring the violence on the part of Palestinians, Nabil Abu Rdaineh, a spokesman for Palestinian Authority President Mahmoud Abbas, described the killings as “assassinations.”

“We call on the members of the United Nations Security Council, the Quartet and the rest of the international community to take serious measures to bring an immediate end to the killing of innocent civilians and to terminate Israel’s impunity.”

On Monday night the United Nations Relief and Works Agency for Palestine refugees condemned the killing of Rubin Zayed, one of the three Palestinians, who worked for their offices in Qalandiya. The father of four was shot in the chest on his way to work and was not engaged in any violence, according to UNRWA.