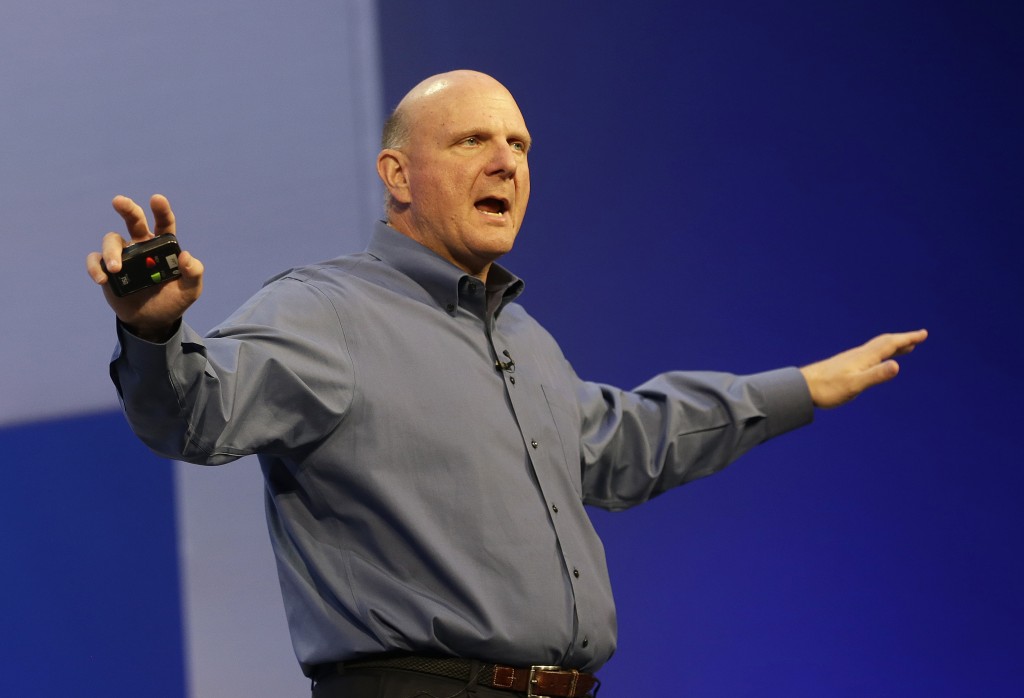 Microsoft Corp. CEO Steve Ballmer is retiring within the next 12 months, the company announced Friday.

Ballmer, 57, will retire once a successor has been chosen.

“My original thoughts on timing would have had my retirement happen in the middle of our company’s transformation to a devices and services company,” Ballmer said in the news release. “We need a CEO who will be here longer term for this new direction.”

Microsoft’s board has appointed a special committee, chaired by lead independent board member John Thompson, to choose the next CEO. The committee also includes Bill Gates, Microsoft chairman; Chuck Noski, chairman of the audit committee; and Steve Luczo, chairman of the compensation committee.

The special committee, which is working with executive recruiting firm Heidrick & Struggles International, plans to consider external as well as internal candidates, according to a news release.

Ballmer, who has been CEO since 2000, has faced criticism for years about Microsoft’s stagnant stock price and its falling far behind competitors such as Apple and Google in the fast-growing mobile market. More recently, calls for him to step down have come after the lukewarm reception to Windows 8, which launched last fall, and the abysmal sales of the Surface RT tablet, among the company’s first branded computing devices.

Last year, he said the company was transitioning into a devices and services company, and earlier this year, he started implementing a major company reorganization to reach that goal.

In recent days, there have been rumblings of more shareholder pressure for change. Activist investor ValueAct, for instance, which disclosed earlier this year that it had purchased some $2 billion of Microsoft stock, had reportedly been talking with some Microsoft board members and large institutional shareholders about gaining a seat on Microsoft’s board.

In an interview with the Seattle Times on Friday morning, Ballmer talked about his decision, mixing in some personal reflection about his life and his time with the company.

That, in part, prompted him to think that if he waited until his youngest son left for college, he would leave in the midst of Microsoft’s big transition.

“We need to start now” to pick a new CEO, he said, “so we have a successor in place so we can lead a multi-year journey, or I would have to sign up long enough so I don’t leave mid-stream.”

He said his decision was not prompted by ValueAct or other shareholders’ pressure for change.

Ballmer is not on the special committee that will choose his successor. But as a member of Microsoft’s nine-member board, he will have a voice – “and I’m never shy about my opinions,” he said.

“I don’t know how you would find a new CEO without” getting Ballmer’s input on the company and its workings, Thompson said in an interview Friday.

Thompson said the board has developed a profile of what the ideal candidate would look like, but that it would be “premature” to disclose any of it.

Both Ballmer and Thompson praised the company’s current senior leadership team but declined to say if there were any leading internal candidates.

“When I joined Microsoft, my parents asked me two questions,” he said. “My dad asked, ‘What’s software?’ My mom asked me, ‘Why would a person ever need a computer?’ ”

Microsoft played “an incredible role in making personal intelligent devices happen,” while also returning profits and cash to its shareholders, he said.

When asked about the stagnant Microsoft share price, Ballmer said, “I’m not a stock-price focused guy. I’m focused on: Do we have the right products, winning products?”

His single biggest disappointment, he said, was the Longhorn and Windows Vista saga. Longhorn was the code name of what became Windows Vista, which was bug-ridden at launch.

“What we did was take a very talented group of engineers and tied them up for a long period, only to ship a product that was a net step back, not a step forward,” Ballmer said. “We had people tied up working on something that didn’t matter when they could’ve been working on defining the future. That was, to me, the biggest mistake. You can’t let your development team work on the wrong stuff.”

“I’d write Longhorn down as my single biggest disappointment,” he said, adding that “some of our challenges today” stem from those years.