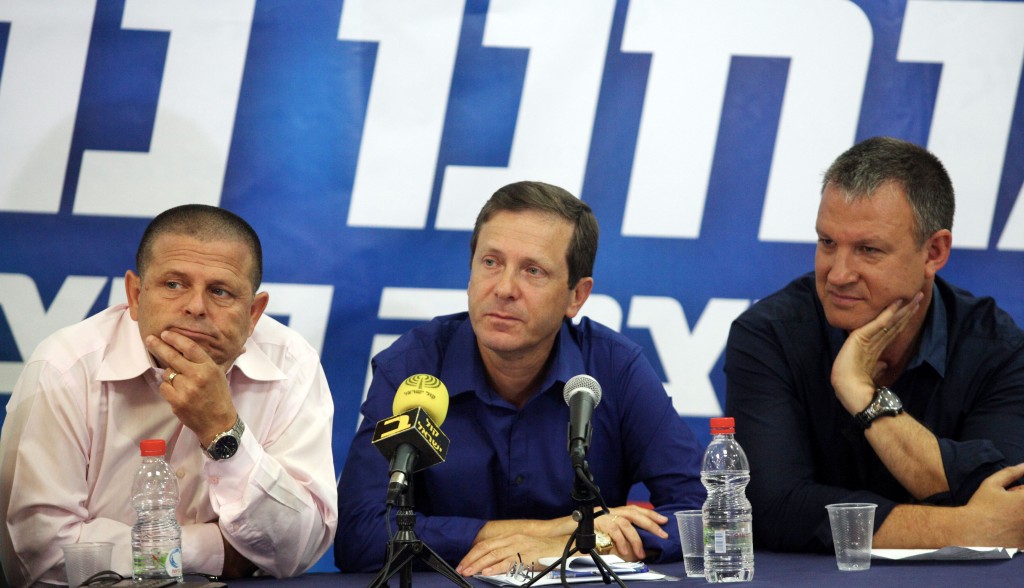 Opposition leader Shelly Yacimovich faces an alliance of Labor MKs intent on toppling her from chairmanship of the party, The Jerusalem Post reported Monday, as two prospective candidates — Eitan Cabel and Erel Margalit — who decided Monday to throw their weight behind Isaac Herzog, the challenge to Yacimovich in the November 21 primary, became formidable.

“We decided to join forces because we understood that Labor needs new leadership,” Herzog said, citing Yacimovich’s disappointing performance in the last election, winning only 15 of 48 available mandates in the Center-Left. Cabel blasted Yacimovich for focusing almost exclusively on socioeconomic issues, and her weakness in security and defense matters.

“That cannot be called anything but a failure, and there is no reason to believe that next time it will be any better if she continues to lead the party,” he said. “I believe that under me, Labor will get stronger and head a Center-Left alliance that can beat the Right.”

Yacimovich issued a statement congratulating Herzog, calling him a “worthy” candidate, and promising a “clean and fair election.”