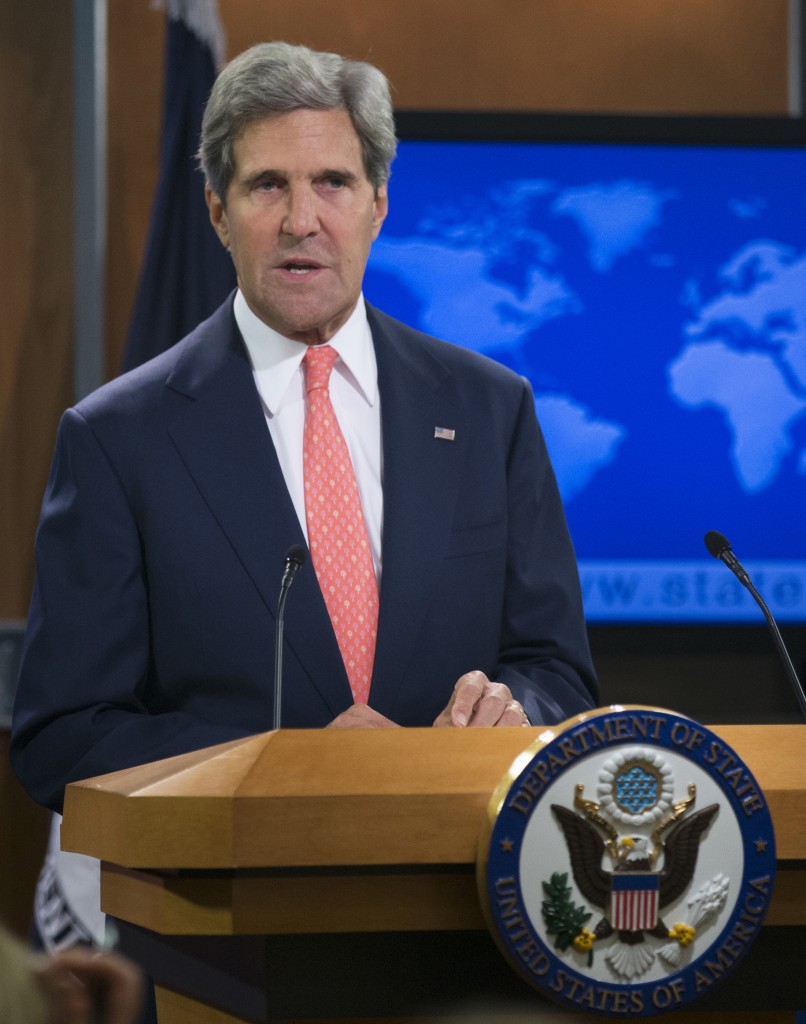 Ratcheting up criticism of Syria’s chemical weapons use, Kerry said all nations must stand up for accountability on the use of chemical weapons in Syria. He says the U.S. has additional information about the attack and will make it public in the days ahead.

Kerry says shelling the affected area afterward was not the action of a government trying to cooperate with U.N. investigators trying to assess what happened.

The chemical weapons attack on Aug. 21 that killed hundreds has moved the U.S. closer to military action against Syria than at any point during the bloody civil war. But the Obama administration and international allies appear narrowly focused on a response that would punish Assad for deploying deadly gases, not sweeping actions aimed at ousting Assad or strengthening rebel forces.

The focus of the internal debate underscores the scant international appetite for a large-scale deployment of forces in Syria and the limited number of other options that could significantly change the trajectory of the conflict.

U.S. and Western European officials were working to build an international consensus around the eventual response. British Prime Minister David Cameron, who also cut short his vacation, spoke Monday with Russian President Vladimir Putin, whose government has continued to support Assad throughout the civil war.

“The prime minister made clear that there was little doubt that this was an attack carried out by the Syrian regime,” a Cameron spokesman said. “There was no evidence to suggest that the opposition had the capability to carry out such a significant attack and the regime had launched a heavy offensive in the area in the days before and after the incident.”