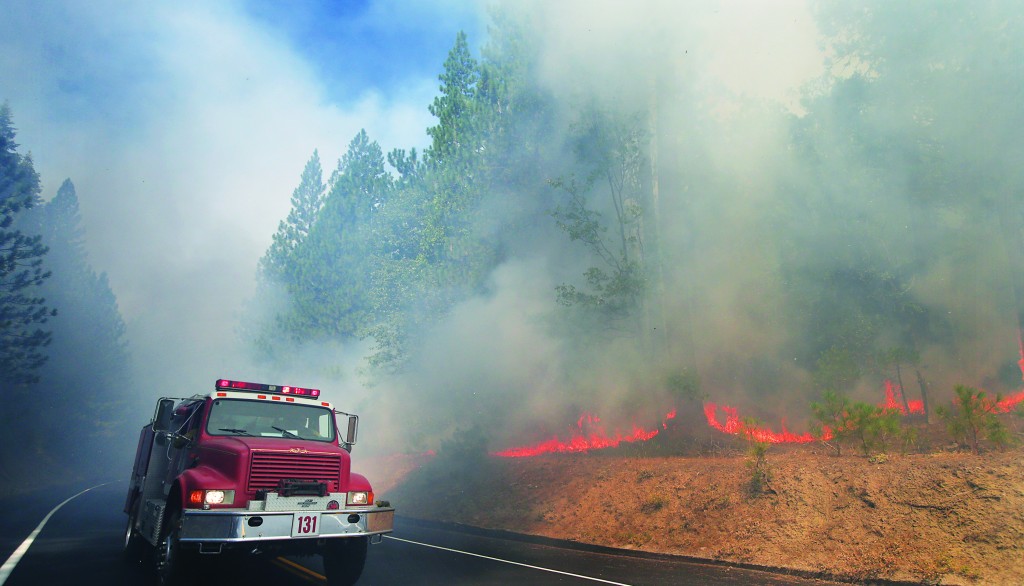 Containment of the Rim Fire more than doubled to 15 percent, although it was within a mile of the park’s Hetch Hetchy Reservoir, the source of San Francisco’s famously pure drinking water, officials said Monday.

“Obviously, it’s the water supply of the city of San Francisco, so we’re paying a lot of attention to that,” said Glen Stratton, an operations section chief on the fire.

San Francisco water authorities were scrambling to fill area reservoirs with water from Hetch Hetchy before ash taints supplies, said Harlan Kelly Jr., general manager of the city’s Public Utilities Commission. The city is able to move water more quickly out of Hetch Hetchy because of a recent multibillion-dollar improvement to the piping system.

Ash from the 234-square-mile fire has been falling on the reservoir, but so far hasn’t sunk far enough into the lake to reach intake pumps, Kelly said. Water quality remained good on Monday.

San Francisco gets 85 percent of its water from Hetch Hetchy as well as power for municipal buildings, the international airport and San Francisco General Hospital. The threat to the city’s utilities prompted Gov. Jerry Brown to declare a state of emergency for San Francisco.

The U.S. Forest Service said about 4,500 structures were threatened by the fire. At least 23 structures have been destroyed, though officials have not determined whether they were homes or rural outbuildings.