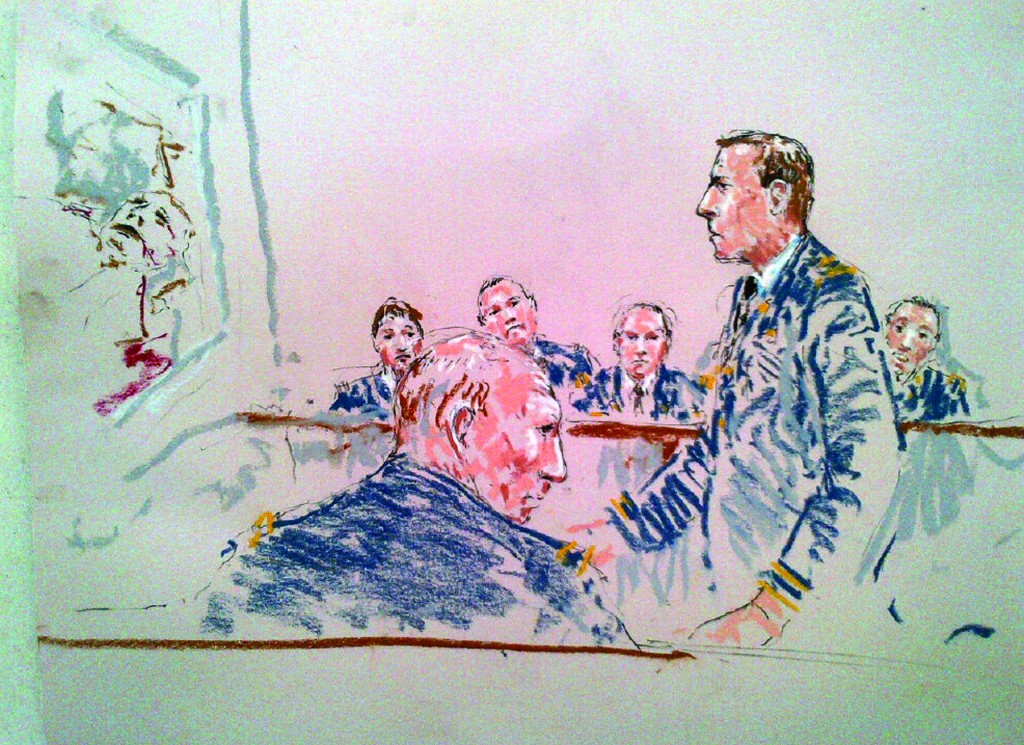 The U.S. soldier who massacred 16 Afghan civilians last year in one of the worst atrocities of the Iraq and Afghanistan wars was sentenced to life in prison with no chance of release— the most severe sentence possible, but one that left surviving victims and relatives of the dead deeply unsatisfied.

Staff Sgt. Robert Bales, 40, who pleaded guilty in June in a deal to avoid the death penalty, showed no emotion as the jury announced the verdict Friday after deliberating for less than two hours.

An interpreter flashed a thumbs-up sign to a row of Afghan villagers who were either wounded or lost family members in the March 11, 2012, attacks.

“We wanted this murderer to be executed,” said Hajji Mohammad Wazir, who lost 11 family members in the attack by Staff Sgt. Robert Bales. “We were brought all the way from Afghanistan to see if justice would be served. Not our way — justice was served the American way.”

Bales’ mother, sitting in the front row of the court, bowed her head, rocked in her seat, and wept as the sentence was read.

“I saw his mother trying to cry, but at least she can go visit him,” Hajji Mohammad Naim, who was shot in the neck, said after the sentencing. “What about us? Our family members are actually 6 feet under.”

The villagers, who traveled nearly 7,000 miles (more than 11,000 kilometers) to testify against Bales, spoke with reporters through an interpreter and asked what it would be like for someone to break into American homes and slaughter their families. They also criticized American involvement in Afghanistan, saying the soldiers came to build their country but have done no such thing.

Bales, a father of two, never offered an explanation for why he armed himself with a 9 mm pistol and an M-4 rifle and left his post on the killing mission, but he apologized on the witness stand Thursday and described the slaughter as an “act of cowardice.”

The villagers said they hadn’t read or listened to the apology. One, Mullah Baran, called it a “fraud.”

The six-member jury weighing whether he should be eligible for parole after 20 years took less than 90 minutes to decide the case in favor of prosecutors who described him as a “man of no moral compass.”

“In just a few short hours, Sgt. Bales wiped out generations,” Lt. Col. Jay Morse told the jury in his closing argument. “Sgt. Bales dares to ask you for mercy when he has shown none.”

A commanding general overseeing the court-martial has the option of reducing the sentence to life with the possibility of parole.

Defense attorney Emma Scanlan begged the jurors in her closing to consider her client’s prior life and years of good military service, and suggested he snapped under the weight of his fourth combat deployment.