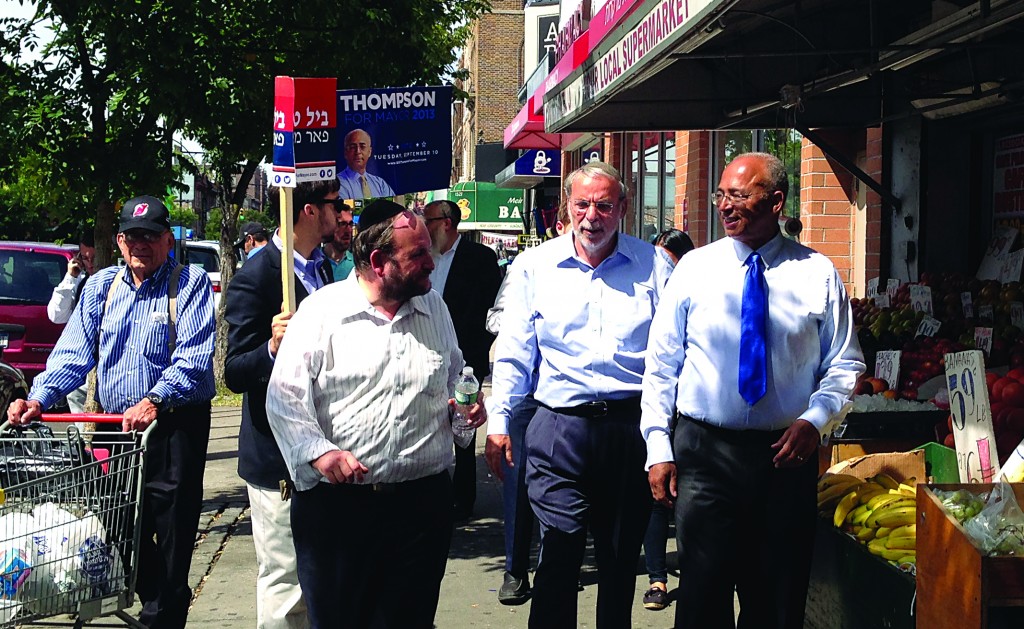 The plan would expand disability coverage, and would pay for itself with a surcharge on existing insurance premiums. It would pay for 50 percent of the average weekly salary for up to 12 weeks, up to a maximum of $340 a week. This proposal would require legislation by state legislators.

Joey Liu Asks for Your Vote for Dad

“On Sept. 10, vote for my dad,” Joey says in a 60-second spot in which three high school students call the city controller a “friend” who will revamp the education system.

Local One of The International Alliance of Theatrical Stage Employees endorsed Bill de Blasio
for mayor, with President James J. Claffey Jr. citing his commitment to investing in the arts.

Anonymous sources told Politico on Friday that the board’s support had been divided between Quinn and Bill de Blasio, “who is more ideologically aligned with the Times.” But they ultimately decided to go for the more practical choice.

“Ms. Quinn inspires the most confidence,” they wrote, “that she would be the right mayor for the inevitable times when hope and idealism collide with the challenge of getting something done.”

They wrote that with Bloomberg leaving office, Quinn was the most qualified to continue his policies. To which de Blasio’s team agreed.

“If you want a fourth Bloomberg term, then Speaker Quinn is your candidate,” spokesman Bill Hyers wrote. “But if you’re ready for a clean break from the Bloomberg years, an end to the harsh inequality that divides our city and hurts New York City’s chances at real shared prosperity for the future, then stand with Bill de Blasio now.”

While de Blasio’s ideas are compelling, the Times wrote, they lack a straightforward path to carrying them out.

“Mr. de Blasio’s most ambitious plans — like a powerful new state-city partnership to make forever-failing city hospitals financially viable, or to pay for universal pre-kindergarten and after-school programs through a new tax on the richest New Yorkers — need support in the State Capitol, and look like a legislative long shots. Once a Mayor de Blasio saw his boldest ideas smashed on the rocks of Albany, then what?”

Mirroring a concern expressed in the Orthodox community, the Times cast doubt on Bill Thompson’s independence over his backing by the teachers’ union.

The Times gave their typical “hold-our-nose-and-vote” GOP endorsement to Lhota, “the best qualified of the three men seeking the Republican nomination for mayor.”

The once-influential Times endorsement has ceased to be taken as the prize it used to be. More than 50 percent of their endorsees go on to lose the election.

Mayoral candidate Anthony Weiner has emerged unscathed from a minor crash over the weekend, when the car he was riding in was involved in a chain-reaction crash on the FDR Drive in Manhattan.