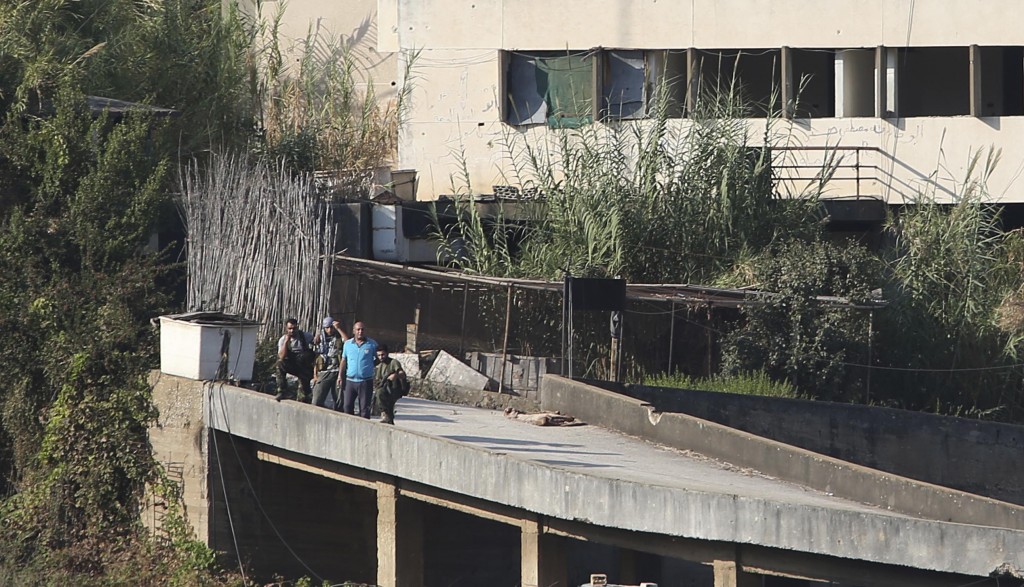 At least 13 people were killed and more than 50 wounded in two explosions outside mosques in Lebanon’s northern city of Tripoli on Friday, security sources and witnesses said.

The explosions, which appeared to be coordinated, went off outside two mosques as Friday prayers ended in the largely Sunni Muslim city.

“I see seven bodies inside several burned cars,” said a Reuters witness, speaking from near the Taqwa mosque, which is frequented by Sunni Islamist hardliners, where the first blast occurred.

A security source said several people were killed in the second blast outside al-Salam mosque.

Meanwhile, Israel’s air force on Friday bombed a terrorist base in Lebanon used by allies of Syrian President Bashar al-Assad and radical Islamists in retaliation for a rare cross-border rocket salvo a day earlier, Israeli and Lebanese officials said.

There were no reported casualties in the Israeli raid near the Rashidiyi Palestinian refugee camp between Sidon and Beirut, or the rocket strike on Thursday in Israel’s northern Galilee region.

Israeli Defense Minister Moshe Yaalon called the air strike a “response” to the rocket fire and said he “holds the Lebanese government responsible for what happens in its midst and won’t accept any shooting or provocations”.

An al Qaida-associated Sunni Muslim group calling itself the Brigades of Abdullah Azzam claimed responsibility for Thursday’s attack on Israel.

However, the Lebanese army said in a statement that Israel had struck a network of tunnels used by the pro-Syrian Popular Front for the Liberation of Palestine-General Command (PFLP-GC) in Naameh, an area between Sidon and Beirut, leaving a five-meter-wide (16-foot) crater in the ground.

A Lebanese security source said the camp was home as well to Islamist terrorists.