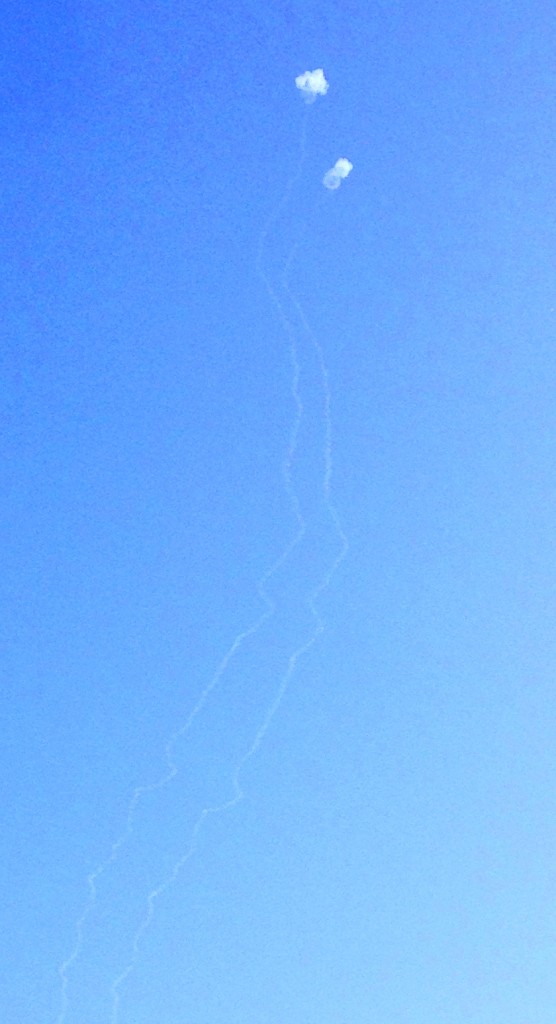 As many as four rockets were fired toward Israel from Lebanon on Thursday, setting off air raid sirens in Akko, Nahariya, Kiryat Shemona and Karmiel, but there were no injuries and only minor damage.

Military spokesman Lt. Col. Peter Lerner said the rockets were fired Thursday from a location south of the Lebanese port city of Tyre, with one intercepted by Israel’s “Iron Dome” defense system.

Two of the rockets reportedly landed in Israeli territory, causing light damage to a house and a private vehicle.

Lerner blamed “global jihad” elements of being behind the attack, referring to groups either linked to or inspired by al-Qaida.

The Lebanese President Michel Suleiman condemned the attack as a violation of U.N. resolution 1701, and saying the incident harms Lebanon’s sovereignty.

Lebanon’s Foreign Minister Adnan Mansour said that “dubious forces are attempting to heat up the situation in Lebanon.”

“I heard a weak explosion, and then in parallel to the siren, I heard a stronger boom,” Keinan Engel, a resident of the northern city of Nahariya, told Army Radio. “I went to take cover, in a reinforced room.”

Eli Bean, director of Israel’s Magen David Adom ambulance service, said no one had been hurt.

“There are no casualties. There are no indications or reports of anything hitting any populated area,” he said on Army Radio.

However, Arutz Sheva reported that several residents were treated for shock.

The Israel Airports Authority announced that all flights into and out of Haifa were been temporarily suspended in light of the latest developments.

IDF Radio reported that bomb shelters in the northern city of Akko were open for public use, and the IDF was urging residents of the north to remain close to shelters.