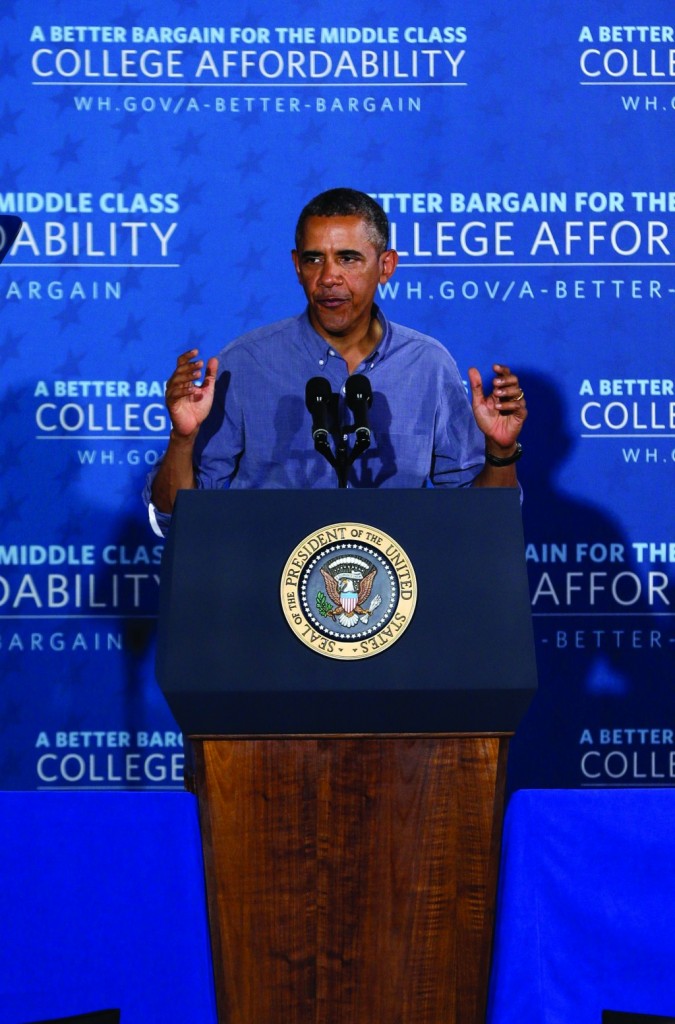 Targeting the soaring cost of higher education, President Barack Obama on Thursday unveiled a broad new government rating system for colleges that would judge schools on their affordability and perhaps be used to allocate federal financial aid.

But the proposed overhaul faced immediate skepticism from college leaders who worry the rankings could cost their institutions millions of dollars, as well as from congressional Republicans wary of deepening the government’s role in higher education.

The president, speaking to a student-heavy crowd of 7,000 at the University at Buffalo, said he expected pushback from those who have profited from the ballooning cost of college. But he argued that with the nation’s economy still shaky and students facing increasing global competition, making college affordable is “an economic imperative.”

“Higher education cannot be a luxury,” Obama said during the first stop on a two-day bus tour through New York and Pennsylvania. “Every American family should be able to get it.”

Republicans on Capitol Hill weighed in quickly with criticism. Lamar Alexander of Tennessee, the top Republican on the Senate Health, Education, Labor and Pensions Committee, cast the proposal as government overreach and suggested a state-by-state approach would be preferable.

“Washington needs to be careful about taking a good idea for one state and forcing all 6,000 institutions of higher education to do the exact same thing, turning Washington into a sort of national school board for our colleges and universities,” Alexander said.

For colleges and universities, millions of federal aid dollars could be on the line if schools are downgraded under the government rating system. However, if colleges line up against the idea of tying ratings to federal aid, the proposal would face nearly impossible odds. Almost all members of Congress have colleges or universities in their districts, and a coordinated effort to rally students and educators against the plan would probably kill it quickly.

The president is also seeking to give colleges a “bonus” based on the number of Pell Grant students they graduate, to encourage low- and moderate-income students.