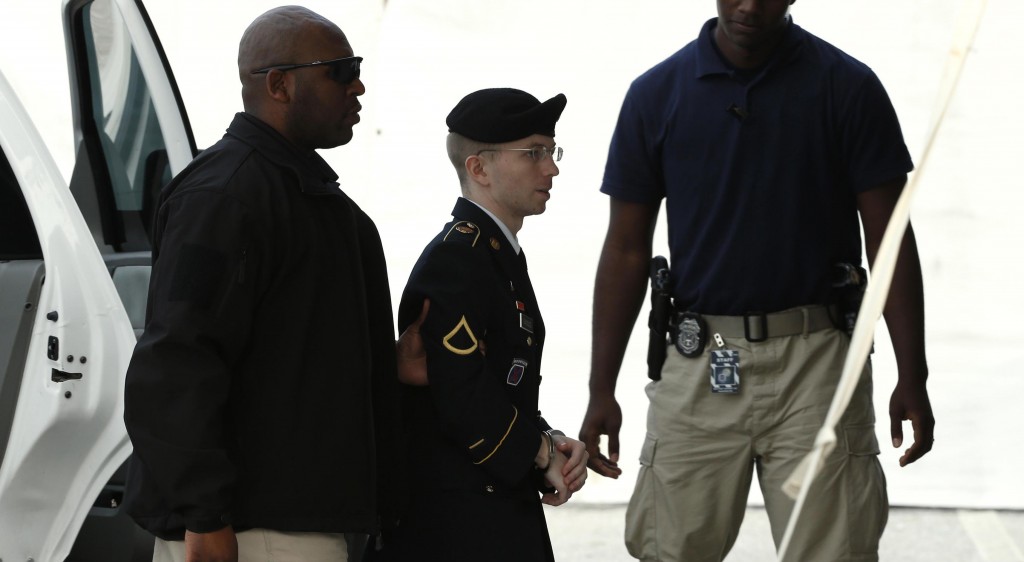 U.S. soldier Bradley Manning was sentenced on Wednesday to 35 years in a military prison for turning over more than 700,000 classified files to WikiLeaks in the biggest breach of secret data in the nation’s history.

The 25-year-old former low-level intelligence analyst, in uniform, stood quietly and showed no emotion as Judge Colonel Denise Lind sentenced him to less time behind bars than the 60 years sought by military prosecutors.

At his trial, Manning said he gave the material to the secrets-spilling website WikiLeaks to expose the U.S. military’s “bloodlust” and generate debate overthe wars and U.S. policy.

During the sentencing phase, he apologized for the damage he caused, saying, “When I made these decisions, I believed I was going to help people, not hurt people.”

Military parole rules could allow Manning to be out of prison in seven years, his lawyer said, a fact WikiLeaks founder Julian Assange called a “tactical victory” for the defense.

But transparency activists said the sentence would still have a chilling effect on prospective leakers. The sentence, which comes at a time when the Obama administration is aggressively investigating leaks, would be the heaviest ever served for turning over secrets to the media, experts said.

Onlookers in the Fort Meade, Maryland, military courtroom gasped as Lind read Manning’s sentence. Supporters shouted: “Bradley, we are with you.”

Defense attorney David Coombs admitted to weeping upon hearing the news and said his client tried to soothe him.

Coombs said he would file paperwork asking President Barack Obama to pardon Manning, who will serve his sentence in the U.S. Disciplinary Barracks at Fort Leavenworth, Kansas.

Manning will be dishonorably discharged from the U.S. military, Lind said. She reduced his sentence by the three years he has served in prison, plus the 112 days she had already decided to subtract because of the harsh treatment the soldier suffered after his arrest three years ago.