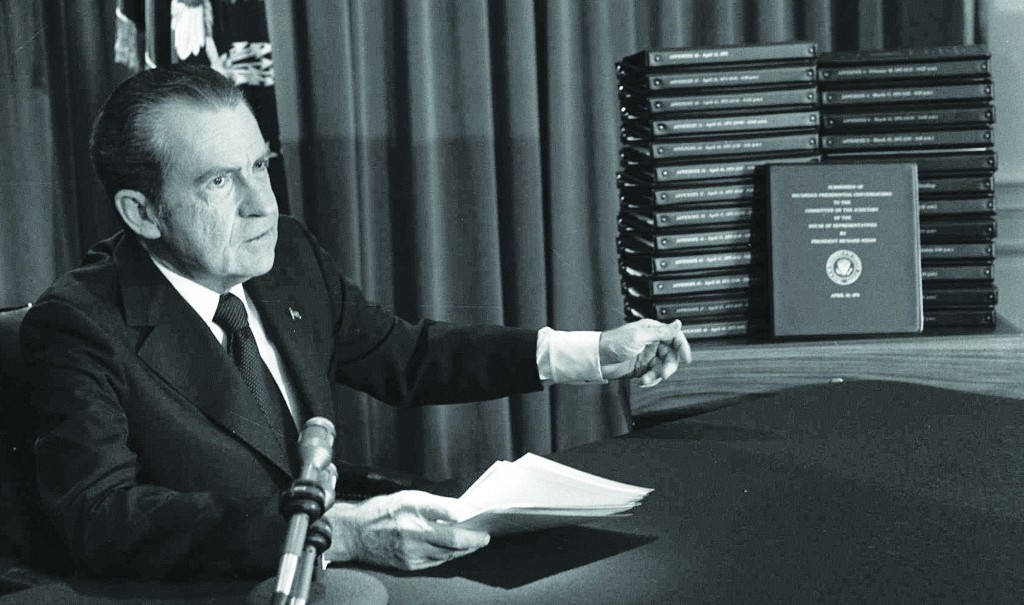 The final installment of 94 White House tapes recorded during a turbulent period of Richard Nixon’s administration were released Wednesday at the Nixon Presidential Library and Museum in Yorba Linda, Calif.

The tapes cover a period from April 9 to July 12, 1973, as Watergate was bearing down on the administration. Included in the hours of secretly taped conversations are discussions of the Vietnam War peace settlement and the return of prisoners of war, tensions over “most favored nation” trade status for the Soviet Union and other key foreign policy issues of the time.

The release by the National Archives and Records Administration includes more than 140,000 pages of material and represents the last 340 hours of the White House tapes.

The recordings represent the fourth release of Nixon tapes since the National Archives assumed control of the Nixon Library two years ago. The public already has access to 2,371 hours of tapes from the Nixon White House.

The third batch of tapes, released in 2009, captured Nixon in his second term as he sought to hammer out an end to the Vietnam War, even if he has to, as he said, “cut off the head” of the South Vietnamese leader.

Notable figures on the tapes released Wednesday include future Presidents George H.W. Bush, Gerald Ford and Ronald Reagan, as well as then-administration officials Alexander Haig, Henry Kissinger and Brent Scowcroft, according to an announcement from the National Archives.

The recordings will add to the presidential library’s $500,000 Watergate exhibit, which opened in 2011. The revamped exhibit was meant to be a more unvarnished presentation of the tumultuous period in the Nixon White House and includes interactive screens, White House tapes and 131 taped interviews.