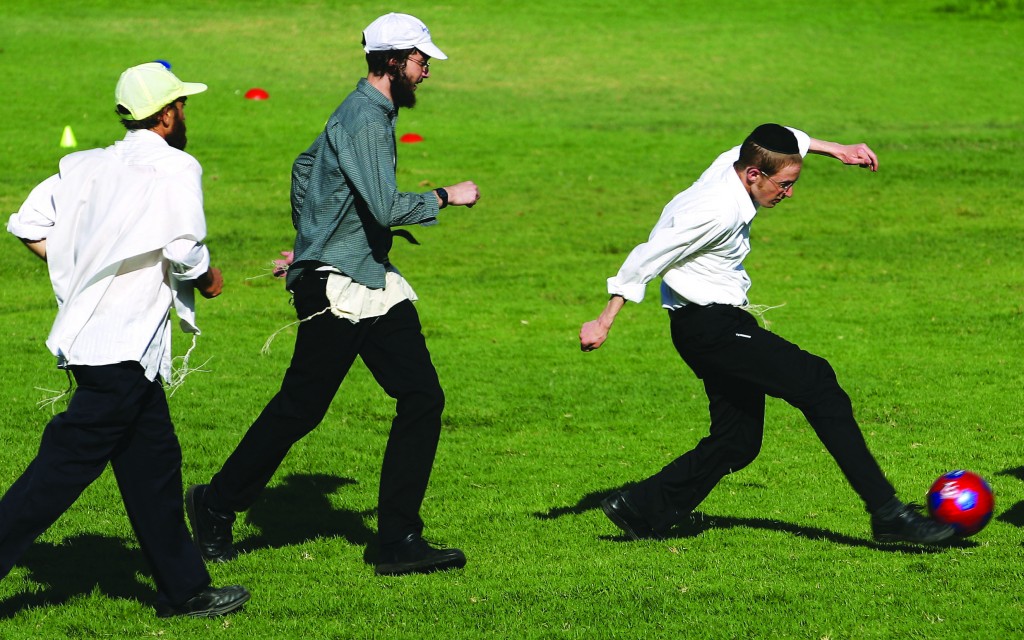 When I was a bachur, I had the unique privilege to have a close relationship with some of my rebbeim; I still maintain a special rapport with some of them. I can recall a time when I was walking with one rebbi, talking about various issues that were pertinent at that time. We passed by a group of people, who were behaving in a manner that can at best be described as childish. My rebbi, clearly disturbed by the scene, turned to me and said, “You know why they’re behaving this way? Because [this group] don’t play ball!”

That is an important thing to remember when discussing this issue. It is said that Harav Yaakov Kamenetsky, zt”l, said that it is better for someone to play when he’s young and learn when he’s older than to learn when he’s young and play when he’s older. The mechanchim I’ve gotten to know over the years have emphasized the importance of a good kosher release for students so that they better grow as bnei Torah. For this to be successful, however, it needs to be an effective release.

We can talk about ideals — whether it should be enough for boys to take hikes or participate in other non-competitive exercise. It is reasonable to argue that it would be better for middos, and that playing games that glorify “kochi v’otzem yadi” are not the model recreational outlet for our young people. But we have to recognize the actual facts on the ground, as it were.

The reality is that boys today need competitive sports as a venue to channel their nervous energy so as to be more settled the rest of the time. Whether it is between sedarim in yeshivah or during bein hazmanim in camps, after playing ball they are better positioned to focus on — and thus excel in — their learning. The very competitiveness of the sport can be used to foster growth instead of the inverse. Playing a game where one is competing with others (especially in the circumstance of inter-camp games) while being cognizant of the reality that it is all in the context of achdus, can lead to aliyah instead of yeridah. Who doesn’t recall the emphasis placed on this by just about every frum camp’s staff, and the raucous chants of “alef–ches–daled–vav–saf!” that echoed through the gyms in the Catskills?

To be clear, the argument being made here is the defense of the status quo, and against the argument that children and bachurim don’t need the outlets they are provided to the extent that they are provided these days. It is important to ask ourselves before we attempt to effect change — especially on something as important as issues of chinuch — whether or not the issue at hand is “above our pay grade” or not. I, personally, don’t feel qualified to offer my opinion on these issues as if it should somehow hold sway with others. But consider the words of the Lakewood Mashgiach, Harav Mattisyahu Salomon, shlita, in his book on chinuch, With Hearts Full of Love:

“Sports are another form of diversion that can be useful or harmful, depending on how they are played. A game of sports every once in a while is a good outlet for energy, it is entertaining, and it promotes the physical well-being of the child. But here again there are two caveats.

“One, if there is an emphasis on winning and on being an outstanding athlete and an expert in playing the game, then it will inevitably lead to bad middos for both the winner and the losers. But if the game is played in good fun and all the children have an enjoyable time simply by playing the game in the fresh air and sunshine and getting a little exercise, it is a wholesome activity.

“The second point is that it cannot be allowed to become obsessive. If the child wants to play the sport every free moment he has, it will have a negative effect on him. All his thoughts, when playing, when at home and when in school, will be on how he can improve his performance. But as he improves on the playing field, his middos will suffer, his learning will suffer and his relationships will suffer.”

Playing ball, in and of itself, isn’t a problem. With the proper approach, and the proper emphasis being placed on what exactly its value is, it is actually constructive, and should be encouraged, rather than discouraged.