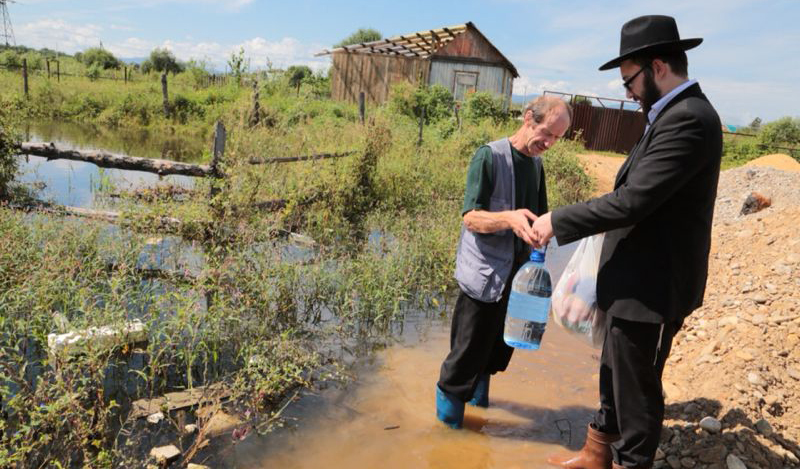 The worst flooding to hit far eastern Russia in the last 120 years has already forced about 20,000 people from their homes and has even made it necessary to airlift two captive brown bears to safety, the Emergency Situations Ministry said Monday.

One of the evacuated areas is the Jewish autonomous zone, Birobidjan.

Ministry spokeswoman Irina Rossius said evacuations were underway in three regions along the Chinese border, 3,000 miles east of Moscow, and that some of those evacuated have moved into 166 emergency shelters. At least eight million people who live in the area have been affected directly or indirectly. More than 30,000 people are involved in the rescue operations, the ministry said.

The flooding, set off by torrential rains, has already affected 140 towns and villages across the broad area, the ministry said.

Many residents in the area of the river and of the city of Khabarovsk refused to evacuate, preferring to stay on the roofs of their homes for fear of looting.

The Amur River, usually a few hundred feet wide, overflowed its banks to an estimated width of ten miles. Several villages located near the river were completely flooded.

The Association of Jewish Communities of Russia responded to a request of the Chief Rabbi of Russia, Harav Berel Lazar, has begun massive deliveries of clothing and money to help the many Jewish families affected by the floods.

The aid packages will be distributed by Chabad Rabbis in Eastern Russia. Rabbi Yaakov Santikov, Rav of Khabarovsk and Rabbi Eliyahu Reiss, Rav of Birobidjan, are personally taking care of the Jewish families in these cities.

Rabbi Reiss noted that the shul and Ohr Avner Chabad school building and community institutions were not affected by the floods, baruch Hashem, and that the coming school year will commence as planned.

(With reporting from AP and COLLive)