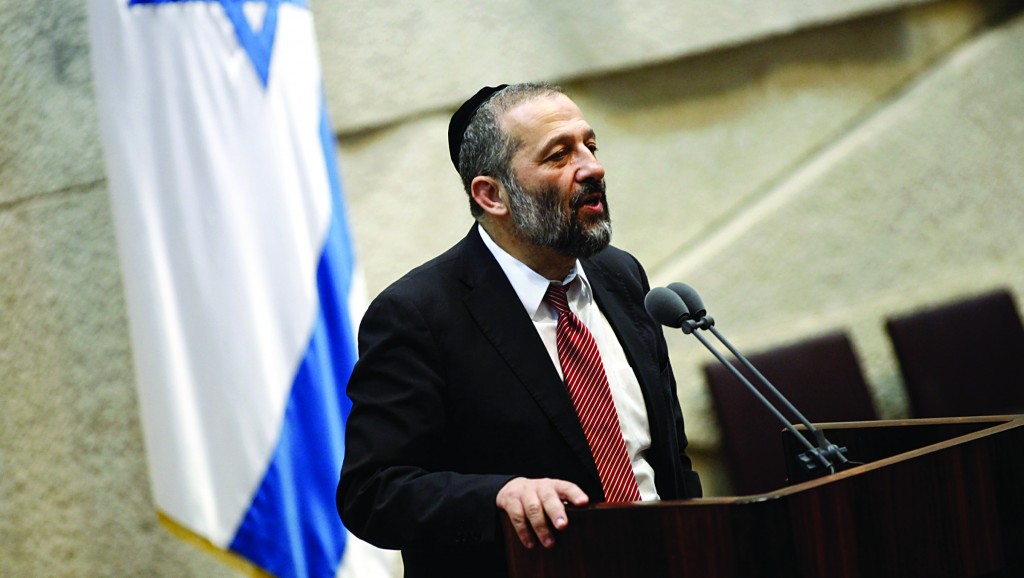 The battle of the budget in the Knesset may have been over after the government coalition won the vote for passage of its austerity measures, but the opposition hasn’t run up a white flag yet.

“The Netanyahu-Lapid-Bennett fat cat government strikes again, and where it hurts,” Yacimovich said. “It injures where it’s supposed to heal. Once again, [Finance Minister Yair] Lapid is taking advantage of and encouraging a mistaken … idea that chareidim and Arabs are the only ones who are harmed by budget cuts. First of all, a child is a child is a child.”

Contesting Lapid’s assertion that only five percent of families where both parents work are poor, Yacimovich cited official data saying that 65% of poor families are working families.

Decrying the budget which is expected to drive tens of thousands under the poverty line, she said, “This is an economic and national mistake, evil for its own sake, and a total detachment from people’s regular lives,” Yacimovich wrote.

“I call on the Jewish Home party and any coalition member who considers himself socially oriented to leave the government immediately and not be a partner to this crime,” he said.

MK David Azulay (Shas) asked that the government at least delay the cuts until after the chagim in a letter sent to Prime Minister Binyamin Netanyahu on Monday.

“I am appealing to your Jewish heart and hope you will postpone the cuts until after the holidays. A new school year is beginning and holidays are around the corner, and these involve a great expense for many families,” Azulay wrote.

“Just because Lapid thinks parents should be responsible doesn’t mean his policies should send tens of thousands of children under the poverty line. Before cancelling allotments, he must create ways for the families to be able to support themselves with dignity,” Gilon said.

Meanwhile, a petition was present with the High Court to issue a restraining order on the budget cuts, both for the way they discriminate against chareidim and Arab families, and for the irresponsible and the unprofessional manner in which they were formulated, without proper evaluation of the impact this will have on society.