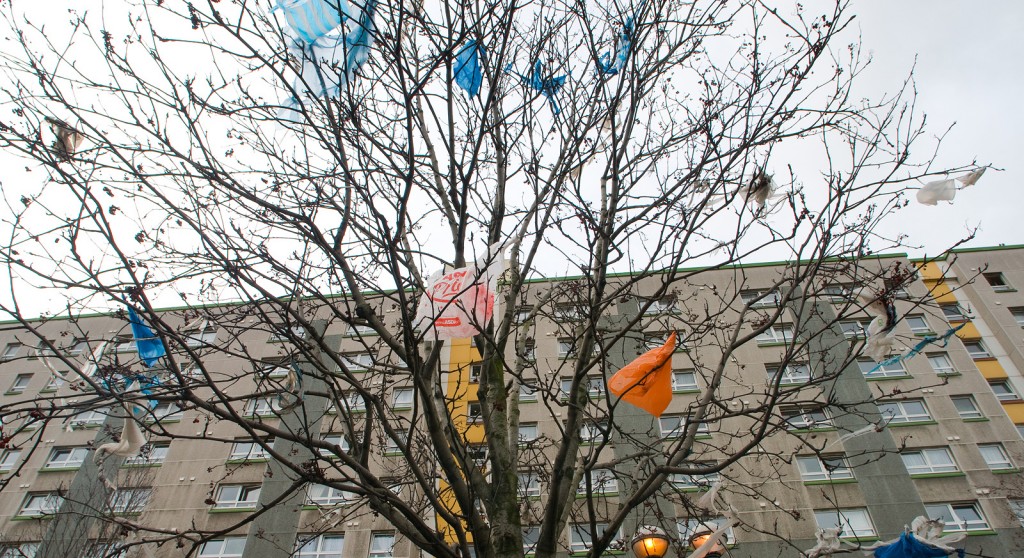 Months after the mayor proposed a ban on foam takeout containers, City Council members have found a new target to make the city greener: the plastic bag.

Council members Brad Lander and Margaret Chin announced Tuesday what they called a common-sense bill to cut the use of single-use plastic shopping bags. Under the proposal, all grocery stores and retailers would be compelled to charge customers 10 cents for every bag used. The measure would encourage people to start reusing the bags they already have at home, the bill’s sponsors and environmental advocates said.

Critics in the Orthodox community immediately pounced, saying that the measure does not take into account large families and trim budgets.

“New Yorkers cannot afford the basics,” state Sen. Simcha Felder, a Brooklyn Democrat, said in a statement, “and now the City Council is essentially telling the average New Yorker who’s in trouble, ‘Not only are you suffering, but we’re really going to stomp on your head by charging you 10 cents extra per bag.’ This is nothing more than a tax and an attempt to make money.”

Assemblyman Dov Hikind, also a Democrat from Brooklyn, called New York “the wrong place and the wrong time for this initiative. Doesn’t the City have anything else to worry about? This proposal is outrageous. The City should stop telling New Yorkers what’s good for them and let people make their own decisions.”

But Lander, a Democrat representing parts of Boro Park, said that similar laws in other cities across the nation had cut plastic bag use 60 to 90 percent.

“We’ve been able to spend six months talking to retailers and small businesses in a productive dialogue, doing research, to figure out the best way to do this,” said Lander. “There’s something to be said for being first. But we’ve been able to look at other cities to see what the best practices are.”

Advocates say New Yorkers throw out 5.2 billion bags a year and spend $10 million on transporting bags to landfills. Lander, Chin and a coalition of around 20 environmental groups want New York to join West Coast cities like San Francisco and Los Angeles in cracking down on plastic bag waste.

According to a release Lander sent out, New York City pays an estimated $10 million to transport 100,000 tons of plastic bags to landfills in other states each year.

New Yorkers stopped on the street did not take keenly to the idea, pointing to the trade-off in cost and convenience. “People have to get their groceries home somehow,” said Ken Warner, 48, of Brooklyn. “It might only be 10 cents, but for some people every 10 cents counts.”

The American Progressive Bag Alliance, which promotes the plastic bag industry, said in a statement that paper and cotton bags require more energy to produce than plastic bags and that “on a per bag basis, plastic bags are more resource-efficient, reduce landfill waste and generate fewer greenhouse gas emissions than alternatives.”

Mayor Michael Bloomberg proposed a failed 5-cent plastic bag tax in 2009, which would have required approval from state lawmakers. Sponsors of the new bill stressed that the proposed 10-cent surcharge would be pocketed by retailers, rather than the city, and that people shopping with food stamps would be exempt from the charge. All grocery stores, retail stores and street vendors would be required to charge customers per bag, but restaurants would be exempt under the current proposal.

Sally Lyon, 34, of Manhattan’s Battery Park neighborhood, said as she left a sandwich shop near City Hall with a reusable cotton bag under her arm that she thought the proposal was a smart idea. “New York is an environmentally aware city — but we also use a lot of the resources, so we should be,” she added.

“Too often at the register, we bag and double-bag, heedless of the severe environmental cost we all pay,” she said.

“In my district in Lower Manhattan, after a busy weekend, you can see these bags overflowing from trash cans and in the streets and gutters. The bags end up clogging our streets, littering our public parks, and costing taxpayers millions of dollars in clean-up and waste removal. This bill incentivizes consumers to bring their own reusable bags and think twice before reaching for paper or plastic ones.”

The bill will be introduced Thursday. Both Bloomberg and Council Speaker Christine Quinn said they were reviewing the legislation.

But Felder said that he opposed the proposal in 2008, when he called it a tax, and will oppose it now.

“While the City Council is busy seeing green, New Yorkers will be seeing red,” he said.