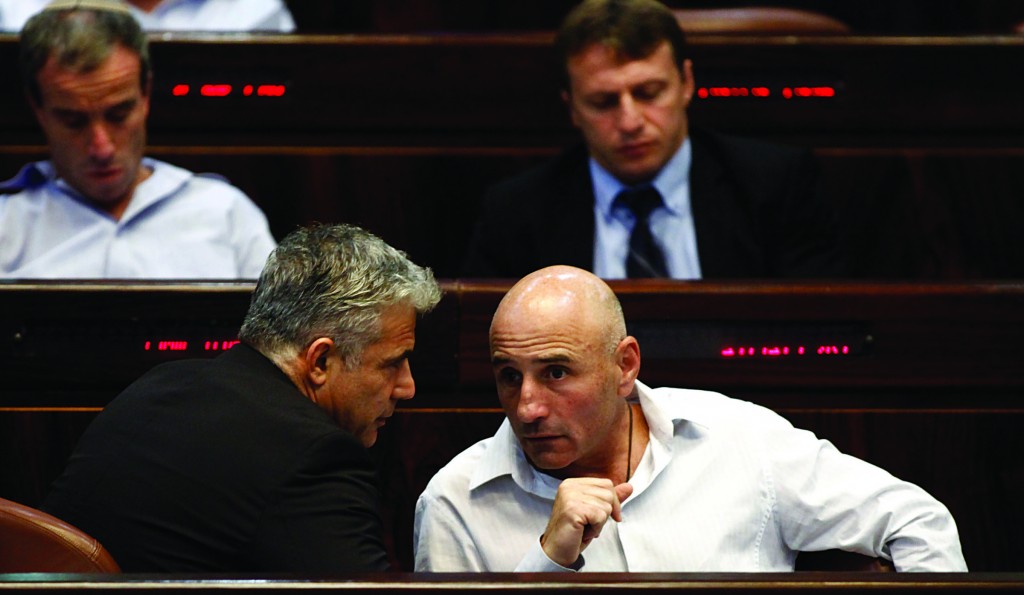 As Israeli and Palestinian negotiators met for the second time secretly in Yerushalayim on Tuesday, Israel’s chief negotiator, Tzipi Livni, was declaring light at the end of the tunnel.

Israel will make “dramatic decisions” to reach a final peace agreement that will end the conflict with the Palestinians, Livni predicted, according to an Associated Press report.

Livni would not elaborate on those decisions while speaking on Israel Radio on the 20th anniversary of the completion of the first Oslo Accord, saying that the policy of holding negotiations away from the public eye is meant to build trust between the two sides.

However, she did specify a main obstacle to peace in her view, namely the right-wing Jewish Home party.

“It is no secret that in this coalition there is at least one party — Jewish Home — who objects to the idea of two states for two peoples, which is something I support with all my heart,” Livni said. “It is definitely very problematic in regard to the negotiations.”

Jewish Home chairman Naftali Bennett had a dismissive, one-word, online response to Livni — “titgabri,” which can be translated as “get over it.”

Livni blamed the present situation on the Labor party for not joining the coalition after elections in January. She said their refusal forced Israeli Prime Minister Binyamin Netanyahu to form the current coalition. It would be easier if there was “a more solid majority in the government for the [peace] process and decisions,” she said.

Labor leader Shelly Yacimovich told Haaretz on Friday that before her party can replace Jewish Home in the Netanyahu government, there must be an American “blueprint” for a final-status agreement, including a decision on beginning the evacuation of isolated communities in Yehudah and Shomron.

Yacimovich was accused by her rivals in the party of changing her position, that Labor would join only when a peace agreement is reached and Labor’s votes would be required to pass it.

Meanwhile, as an indication of what “dramatic decisions” might mean, Yesh Atid faction leader Ofer Shelah said he foresees a divided Yerushalayim as part of any peace agreement.

“The solution in Yerushalayim will be very complex. It will be one of words and of actions,” Shelah added. “We cannot just build a wall and say, ‘This is ours and this is yours.’”

Shelah’s comment was completely at odds with his
party’s platform, which says “Yerushalayim is the eternal capital of Israel and its unity is a national symbol of the utmost importance. Yerushalayim will stay united and under Israeli sovereignty.”

“The Palestinians will have to understand that we have iron principles that we will not break,” Lapid stated. “The return to Tzion wasn’t to the Azrieli Towers, it was to the Tower of David. The heart of Yerushalayim is also the heart of the State of Israel.”