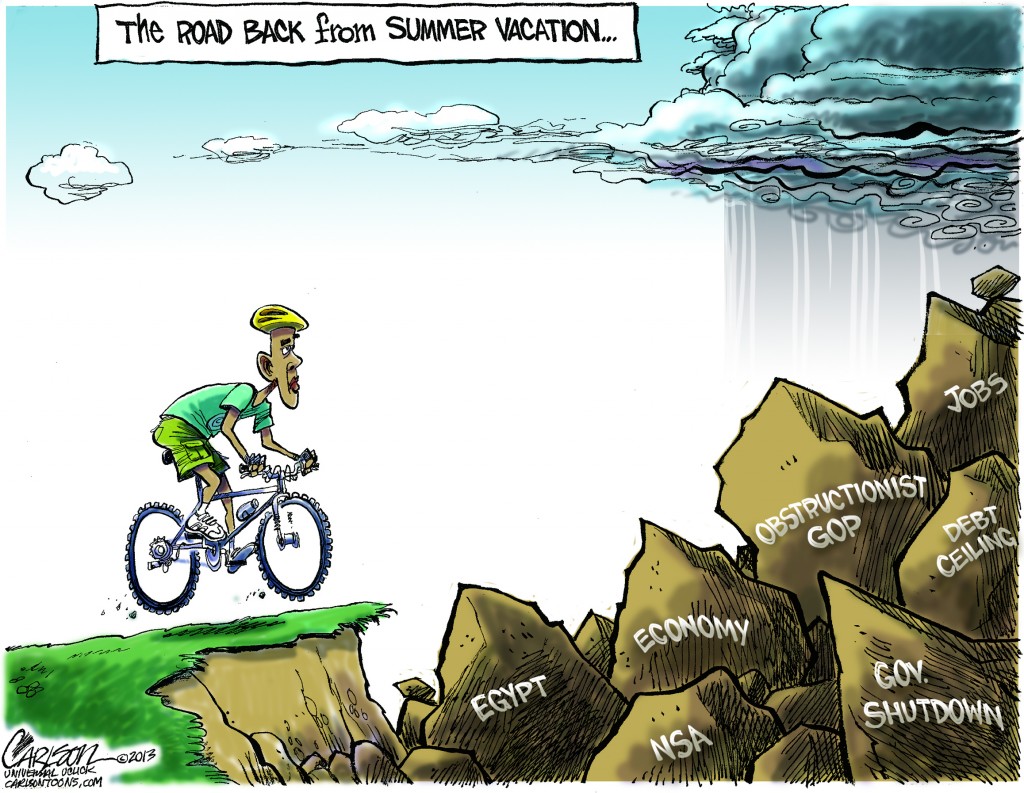 Fresh from a weeklong vacation, President Barack Obama has to confront such issues as the crisis in Egypt and federal spending before getting back out on the road to sell his economic proposals.

Obama returned Sunday night from the Massachusetts island of Martha’s Vineyard. On Thursday, the president sets out on a two-day bus trip through upstate New York and Pennsylvania to lay out ideas to help make a college education more affordable for the middle class.

Stops include the State University of New York at Buffalo and Henninger High School in Syracuse. On Friday, Obama plans to answer questions at a town hall-style event at SUNY-Binghamton before a stop at Lackawanna College in Scranton, Pa. He is to be joined there by Vice President Joe Biden, a native of the northeastern Pennsylvania city.

Obama has a private meeting  Monday with various financial regulators to discuss ongoing efforts to strengthen the financial system, including the implementation of the Dodd-Frank law revamping the nation’s financial system and the Consumer Protection Act.

Obama spoke publicly just once during his vacation, against the violence in Egypt that left scores of people dead. The White House is currently reconsidering all U.S. assistance to Egypt, and “will consider additional steps as we deem necessary,” National Security Council spokeswoman Caitlin Hayden said Sunday.

Also competing for Obama’s attention will be negotiations with congressional Republicans to get a new spending plan in place by the Sept. 30 end of the federal budget year or risk a government shutdown, and to increase the government’s borrowing authority.