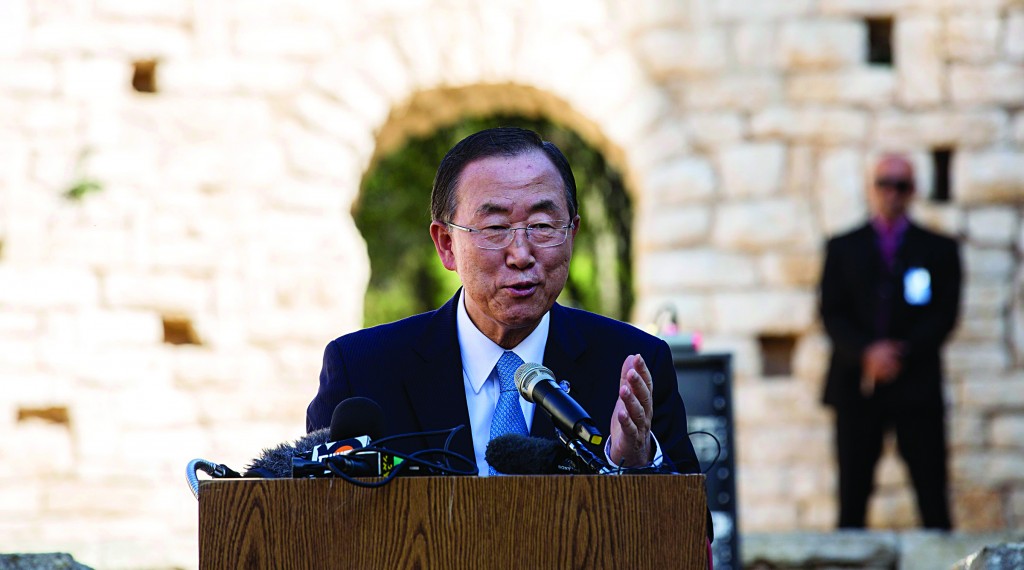 Israel gave up 26 terrorists to pave the way for peace talks last week, but the Palestinians are grumbling, claiming that the U.S. administration used deception to induce them to rejoin the talks with Israel.

After Wednesday’s negotiations, Palestinian officials told the London-based Al-Hayat newspaper that U.S. Secretary of State John Kerry gave the Palestinians assurances that Israel would reduce construction in blocs in Yehudah and Shomron, and that it would halt construction outside the blocs while the peace negotiations proceed.

“It’s obvious that Kerry was either deceived by the Israelis or that he’s deceiving us in order to keep us at the negotiating table,” a PA official said.

They also expressed fear that the U.S. would dupe the PA into
accepting a state with provisional borders, the newspaper said.

Then, on Sunday, the PLO launched an attack on Israel, threatening once again to bring charges with international agencies for alleged “war crimes, anti-human racist acts and violations of international law.”

The attack came during a meeting in Ramallah of the PLO Executive Committee under the chairmanship of Palestinian Authority President Mahmoud Abbas, The Jerusalem Post reported.

The PLO leaders said they would not accept a situation where the peace talks with Israel, which resumed recently, would become a “political cover for the implementation of the largest settlement project.”

Nevertheless, Israel’s chief negotiator, Justice Minister Tzipi Livni, remained upbeat. She said the talks had provided an opening “not only to relaunch negotiations but also to change the allies and alliances in the region.”

“I believe there are parts in the Arab world [for whom] relaunching the negotiations can be an opportunity to support this and to work together against the extremists,” she said.

Livni would not go into any specifics about the progress of the talks, however.

In a meeting with U.N. Secretary-General Ban ki-Moon on Thursday, Abbas said that the negotiations with Israel had thus far dealt with “all the final-status issues” but that it was “too early to say whether we’ve accomplished anything or not.”

Meanwhile, an opinion poll published in Yisrael Hayom on Friday showed overwhelming pessimism about the talks in Israel. It said that 79.7 percent of Jewish Israelis did not think the negotiations between Israel and the Palestinians would lead to a final-status agreement to end the conflict.

Of the 500 polled, only 6.2 percent believe a deal will be reached; 14.1 percent of respondents said they did not know.