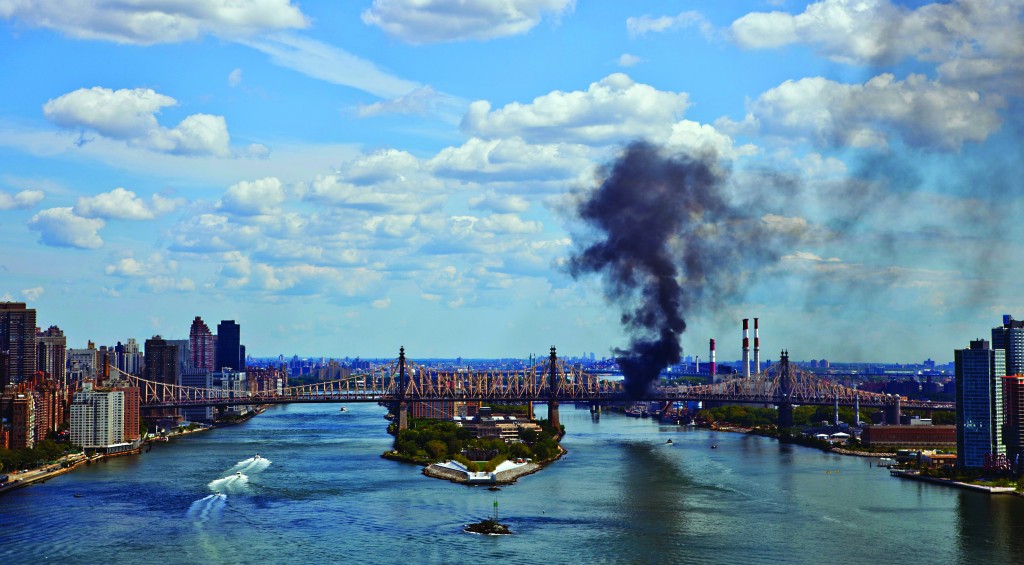 A truck fire Friday on the Ed Koch Queensboro Bridge was brought under control hours after it sent huge clouds of black smoke billowing over the city. There were no reports of injuries, but traffic delays were reported on the major crossing between Manhattan and Queens.

Thick black smoke billowed from the double-decker span’s lower level. It took about two hours to get the fire under control. Electrical cables that stretch along the side of the bridge also caught fire.