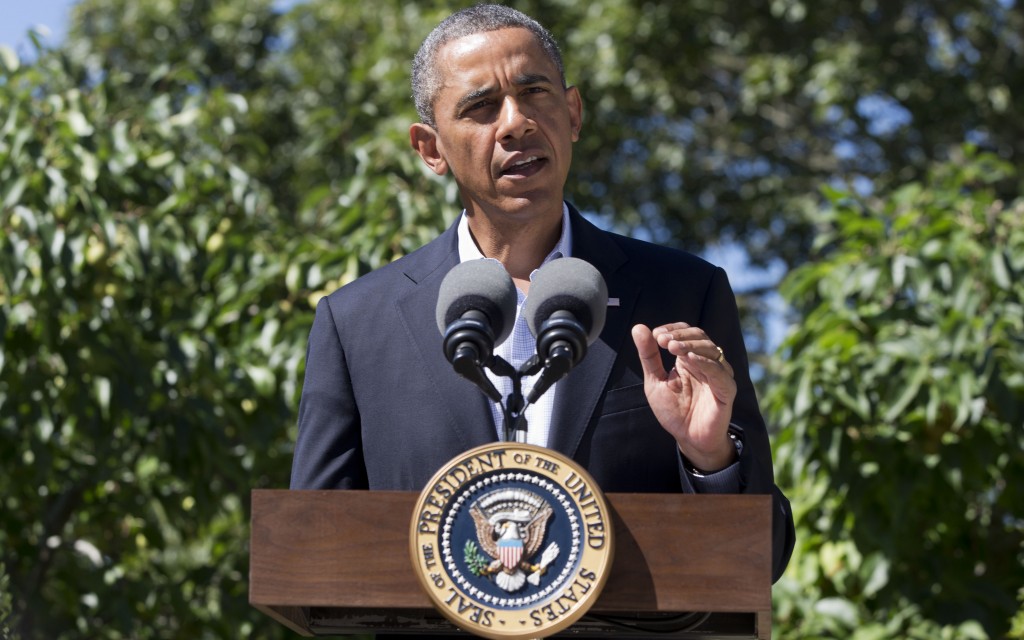 It’s unclear whether scrapping the Bright Star exercise will have any impact in stopping the clashes between Egypt’s military-backed interim government and supporters of ousted President Mohammed Morsi. Obama said his administration would look at possible further steps, but he gave no indication that the U.S. planned to cut off its $1.3 billion in annual military aid to Egypt.

Speaking from his vacation home on Martha’s Vineyard, Obama said the U.S. wants democracy in Egypt to succeed. But he said achieving that outcome is not the responsibility of the United States.

“America cannot determine the future of Egypt,” Obama said in his first statement since violence erupted Wednesday. “That’s a task for the Egyptian people. We don’t take sides with any particular party or political figure.”

Egyptian authorities on Thursday significantly raised the death toll from clashes the previous day between police and supporters of the ousted Islamist president, saying more than 500 people died and laying bare the extent of the violence that swept much of the country.

Despite the government’s declaration of a nighttime curfew and a state of emergency, violence continued into the next day. Angry men presumed to be supporters of deposed President Mohammed Morsi stormed and torched two buildings housing the provincial government of Giza, the city across the Nile from Cairo.

The death toll, which stood at 525, according to the latest Health Ministry figures, makes Wednesday by far the deadliest day since the 2011 popular uprising that toppled longtime ruler and autocrat Hosni Mubarak – a grim milestone that does not bode well for the future of a nation roiled in turmoil and divisions for the past 2 1/2 years.

Interim Prime Minister Hazem el-Beblawi said in a televised address to the nation that it was a “difficult day” and that he regretted the bloodshed but offered no apologies for moving against Morsi’s supporters, saying they were given ample warnings to leave and he had tried foreign mediation efforts.

The leaders of Morsi’s Muslim Brotherhood called it a “massacre.” Several prominent Brotherhood figures were detained as police swept through the two sit-in sites, scores of other Islamists were taken into custody, and the future of the once-banned movement was uncertain.

Obama said the United States informed Egypt’s interim leaders Thursday morning about plans to cancel the military exercises. The president also ordered his national security team to “assess the actions taken by the interim government and further steps that we may take as necessary with respect to the U.S.-Egyptian relationship.”

The Bright Star maneuvers, long a centerpiece of the deep ties between the U.S. and Egyptian militaries, were scheduled to begin next month and last about three weeks. Several other countries, including Turkey, Jordan and Britain, have also participated.

The U.S. and Egypt have not held the biennial exercises since 2009, as Egypt grappled with the fallout from the revolution that ousted Mubarak. Morsi, a member of the Muslim Brotherhood, was elected president in 2012 during Egypt’s first democratic election.

Critics of Morsi expressed increasing concern over the past year that he was cracking down on democracy. He was ousted by the military on July 3, and his whereabouts remain a mystery.

The U.S. has refrained from declaring Morsi’s ouster a coup, a step that would require the Obama administration to suspend its military aid. Officials have said such a move would not be in line with American interests.

“We appreciate the complexity of the situation,” Obama said Thursday. “While Mohammed Morsi was elected president in a democratic election, his government was not inclusive and did not respect the views of all Egyptians.”

The president urged all parties in Egypt to refrain from further violence, calling it a “dangerous path.” He said Egypt would have “false starts” in its efforts to embrace democracy and recalled America’s own “mighty struggles to perfect our union.”