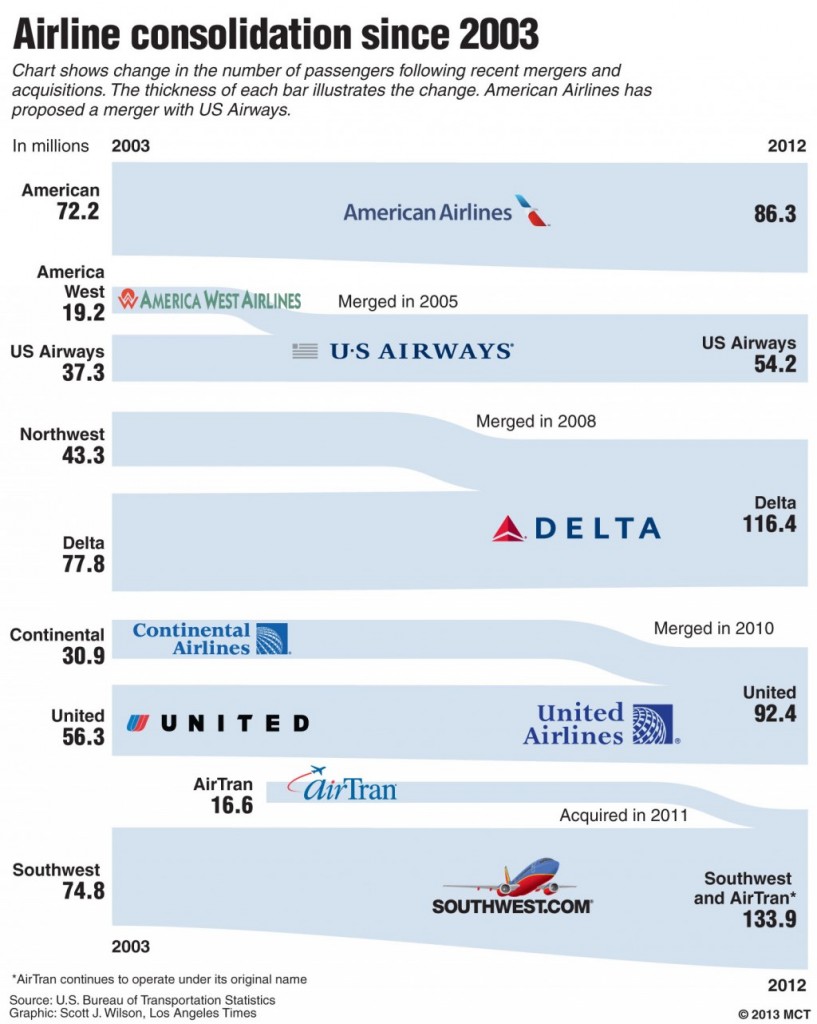 Lawyers for American Airlines pressed a judge Thursday to approve the company’s plan to merge with US Airways and exit bankruptcy protection, but the judge delayed a ruling because of the federal government’s lawsuit against the merger.

This was supposed to be American’s victory lap — the day that a judge would remove the last hurdle for a merger that would make American the world’s biggest airline.

Instead, it was a sideshow.

The U.S. Justice Department ruined American’s plans — at least temporarily — on Tuesday by filing a lawsuit against the merger, which it said would hurt competition and increase prices for consumers by leaving four airlines controlling more than 80 percent of the U.S. air-travel market.

But Judge Sean Lane wasn’t so sure. He said he had “lingering doubts” about approving the turnaround plan and even considered postponing Thursday’s hearing. Instead, he went ahead with the hearing but delayed a decision on AMR’s plan until at least Aug. 29.

American and US Airways had hoped to close their merger by late September, but executives for both companies say that is unlikely now. They vowed to fight the Justice Department in court, but that could take months. If the government wins, AMR could be forced to dust off a plan to emerge from bankruptcy as a stand-alone company — another long process.

The merger was supposed to cap an era of consolidation that has helped the airline industry limit seats, raise prices and return to profitability. Although it would leave one fewer airline, American and US Airways argued that their merger would increase competition by creating a stronger rival to industry leaders United Airlines and Delta Air Lines.

Judge Lane also delayed a ruling on a $20 million severance award for AMR CEO Tom Horton, who would serve briefly as chairman before leaving the new company. The U.S. trustee’s office, which oversees bankruptcy cases for the Justice Department, said the payment violates bankruptcy-law limits designed to prevent executives from getting big rewards not available to regular employees.

Susan Golden, a lawyer for the trustee, said the new company shouldn’t bear the cost of paying Horton for work he did on AMR’s reorganization. “He’s being paid for work already performed,” she said.

But Stephen Karotkin, a lawyer for AMR, said creditors and shareholders approved the merger knowing that it contained Horton’s payment. He said the payment in cash and stock would ensure that Horton sticks around long enough to help smooth the process of combining two airlines.