Community Father of 10 From Rechovot Killed in Road Accident
Community 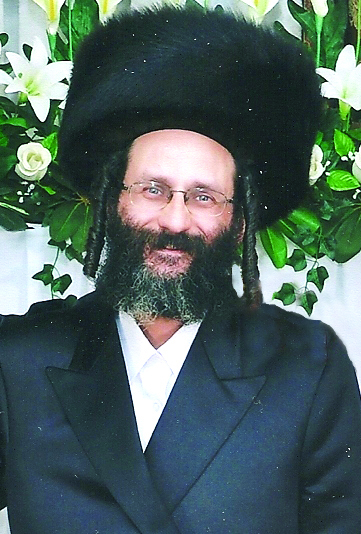 An avreich from Rechovot was killed and six others injured when a truck collided with their vehicle at Kanot Junction near the city of Gadera early Thursday morning.

Rav Yosef Weisel, 45, z”l, a distinguished member of the Vizhnitz kehillah in Rechovot, left a wife and 10 children. Several members of the Weisel family were also badly hurt in the accident, which left the entire community grieving and in shock.

The public is asked to daven for a speedy recovery for the children, who were evacuated to Kaplan Hospital in Rechovot with serious-to-moderate injuries. Their names are Esther bas Freida, Rivka Genendel bas Freida, Shimon ben Freida, and Rachel bas Freida.

Thousands attended the levayah on Thursday evening, which started at the Vizhnitzer
beis medrash in Rechovot, through Beis Hamedrash Vizhnitz in Bnei Brak to Har Hamenuchos in Yerushalayim.

The accident occurred while the father was driving their vehicle back from a Zhikov-Lelov simchah in Bnei Brak.

Rav Yosef was born in Yerushalayim to Rav Dovid Halevi Weisel, z”l, a member of the Vizhnitz community, whose family descended from the Taz.

Rav Yosef excelled from youth in his hasmadah, fine character, and devotion to his parents. He bore suffering and tribulations with love and faith in Hashem and His tzaddikim, and received every person with a shining countenance. He earned his livelihood as a sofer STaM.

Following instructions from Gedolei Yisrael, a fund has been established to aid the family in its time of crisis. Donations should be addressed to Keren Tragedia Mizaza’at–Lechaper al Ha’am, Kupat Ha’ir, P.O. Box 49, Bnei Brak, (800) 39-47-47.